Hartpury students showcased their sharp young Chemistry minds as they put in another top performance in a national competition.

Bach and Nick’s display follows the two students achieving silver medals in the Royal Society of Chemistry’s annual Chemistry Olympiad back in April.

Their fellow Chemistry AS-level student, Euan Scott, secured a copper medal in the Cambridge event, but he’ll have little time to celebrate as he’s about to embark on gruelling back to back cycling and hiking challenges for charity!

The national Cambridge University Chemistry Challenge provides an opportunity to stretch and challenge AS-levels students studying chemistry. The Hartpury students had to complete a stimulating, writing exam of chemical knowledge that is designed to take them significantly beyond the syllabus and encourage them to think about science in the way they would at university.

More than 400 schools across the UK competed and over 6500 students completed the paper this year. At the end of the challenge, the students who perform the best nationally will be offered a chance to go to a residential camp at Cambridge University at the end of August.

Hartpury’s Chemistry A-level lecturer, Dr Sion Wall, said: “For three students to win medals for their academic performance and prove they are among the brightest young Chemistry talent in the country is an extraordinary achievement and I’m delighted that we had the opportunity to get involved. The students are only in their first year of their A-level studies and they have a bright future ahead of them.

“Now we all wish Euan luck in his next challenge, which will be a massive test of his physical endurance as well as his mental strength!”

Euan and two other Hartpury A-level students, Aiden and RJ Horwood, are part of the Cavell 100, who will head to Canada from August 22nd to 29th to climb Mount Cavell and lay commemorative wreaths at the summit, marking 100 years since Edith Cavell – a British nurse during the First World War - was executed.

The boys are organising and funding the expedition themselves and will be sponsored for the climb. They have already organised a talk at Hartpury by famous mountaineer, Doug Scott CBE, who is Euan’s dad, at Hartpury as well as a cake sale and now the fundraising is about to move up several gears.

Now they will embark on a 200-mile bike ride from July 10th to 13th from Norwich – Edith’s birthplace – to the Edith Cavell Hospital in Brussels. They will then head off on a six-day hike in the Lake District starting on July 16th that will see them scale the highest peaks of Cumbria.

These gruelling series of challenges will raise money and awareness of the Cavell Nurses Trust, which supports medical staff and students who have fallen on hard times.

The challenge will be made even harder by the fact they will only be accumulating distance on the elevation of each mountain and they will be kitted out in original World War I army uniforms. The aim is to replicate the hardships the soldiers faced because the equipment and clothing issued to them was not fit for purpose. The team will carry a war styled stretcher with a weighted dummy on it to represent Edith Cavell’s services to the soldiers. 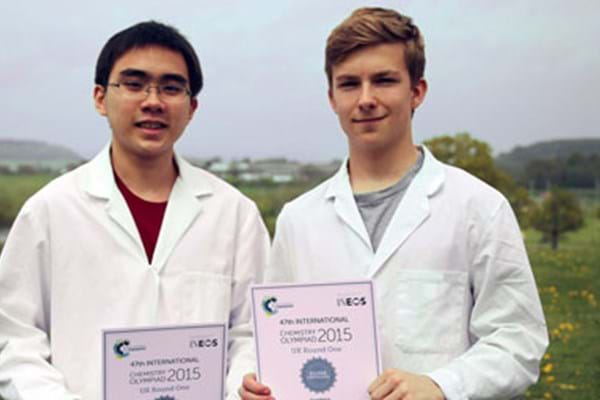