Hartpury welcomed some of the region’s leading businesses recently as they sought to become touch rugby champions of the West Country.

A total of 16 teams took part in the inaugural West Country Corporate Challenge Cup held at the college in a tournament organised in partnership with 7 Bamboos Rugby. The event was a part of Hartpury’s celebration of the Rugby World Cup, which saw the sport’s greatest prize, the Webb Ellis Cup, visit on the same day.

Former England and Gloucester Rugby captain, Phil Vickery, who lifted the famous trophy in 2003, was also in attendance as the college’s special guest.

After an action-packed day of touch rugby action that saw teams made up of both male and female employees compete against each other, the eventual winners of the cup, plate and bowl competitions were UWE Bristol, Network Rail and Midas Group respectively.

There was also action off the field with the Rugby Business Network breakfast event taking place prior to the competition kicking off. A range of businesses attended the event, providing local and regional organisations the opportunity to network and listen to numerous guest speakers.

Hartpury Principal, Russell Marchant, said: “It was a fantastic day and great to get local and regional businesses involved in our celebration of the Rugby World Cup with the help of 7 Bamboos Rugby. We are now very much looking forward to being an Official Team Base for Scotland and USA, as excitement builds for the start of the Rugby World Cup in the autumn.” 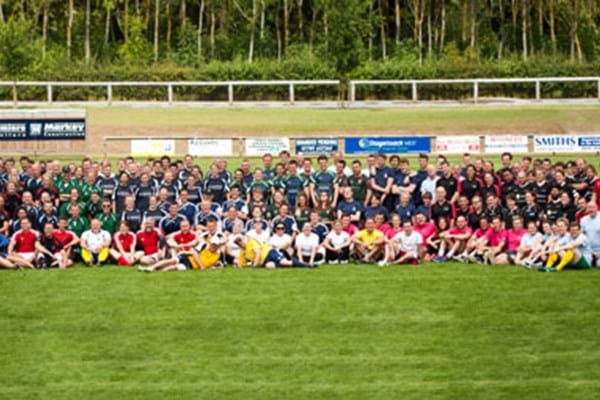