Hartpury RFC have bolstered their ranks ahead of their second season in the third tier of English rugby with new signings.

After finishing in fifth place in their first season at National League One level, they have added a few young players along with a couple of experienced campaigners. Among the new arrivals is USA international scrum-half, Robbie Shaw, who joins from National One side Esher. The 32-year-old, who has made 12 appearances for the Eagles, will bring a wealth of experience to the squad at the half-back position which has been further strengthened with the addition of Leicester Academy player, George Prince.

Former Hartpury student, Steve Pape, joins the squad after leaving National One champions Ealing and the experienced second row, who has spent a large portion of his career in the Championship, will also be passing his experience on to the next generation of Hartpury talent in a coaching role with one of the university level squads.

Director of rugby at Hartpury, Alan Martinovic, said: “The signings of Robbie and Steve will play a significant role in developing a squad which is predominantly very young”

Hartpury have also been boosted by the return of former university first XV captain, Nathan Taylor, who re-joins the team from recently-relegated London Welsh. The hooker, who led Hartpury to their fifth British Universities and Colleges Sport (BUCS) national title in 2014, returns to the college after suffering an injury-hit campaign last season.

Taylor will be joined in the pack by back row Jake Polledri, who recently played in every game for Italy at the Under-20s Rugby World Cup. The versatile forward, who can play across all three back row positions, spent last year at Championship side Bristol, playing in the A League for much of the season.

Kwaku Asiedu will also be joining the squad, with the powerful winger stepping up from National Two South side Canterbury for the upcoming season. Asiedu, who was a regular try scorer for his side last year, will also be studying a Masters degree at Hartpury.

Martinovic is also hoping that Tim Stevenson will be back to play for the side this year after a two-year injury layoff.

He said: “We’ve added some quality to what is already a talented young squad. Going into last season we were favourites for relegation so to perform as well as we did was an outstanding effort.

“Last year we were the surprise package but that will not be the case during this campaign unless we continue to evolve our game. There is very significant money being spent by most of the teams in this league so we are under no illusions about how tough this season is going to be. Predictions at this stage are meaningless. By Christmas, teams may well be able to work out then which end of the table they are going to be most interested in.” 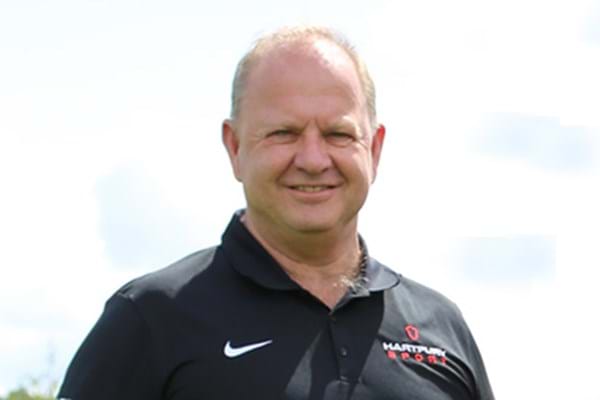