Hartpury's up and coming event rider, Anna Horton, has been shortlisted for the Young Rider European Championships following a string of good performances.

Horton's inclusion comes after the 19-year-old rider put in a strong performance on her mare, Barones II, at Houghton Hall in the CCI2* event. Her score of 57.00 was enough to finish in 12th place overall and leave her in contention to be selected for the Great Britain squad when the European Championships begin at the end of August.

The first year Hartpury Sports Coaching Degree student had finished her previous event at Bicton in the top five and will now be looking to follow in the footsteps of former Hartpury students Dani Cuomo, Brett Gardner, and Olivia Oakley, who have previously represented Great Britain at the Young Rider European Championships. Graduate Astier Nicolas also represented France at the European Championships.

Horton, from Swindon, aims to be one of the final six to be selected to go to Poland, where the European Championships are being held this year. She is also looking to compete at the Festival of British Eventing Intermediate Championships and Blenheim International CIC 3* events in the future.

Horton is part of the elite equine academy at Hartpury, where she receives training from Nick Burton and Corinne Bracken, and support regarding nutrition, fitness and psychology.

Hartpury's Equine Academy Director, Nick Burton, said: "Anna has worked extremely hard over the winter months and spring event season to improve her dressage and jumping techniques. She picked herself up from an early season fall at Aldon to produce solid results since and the Great Britain selectors have rightly now acknowledged her achievements." 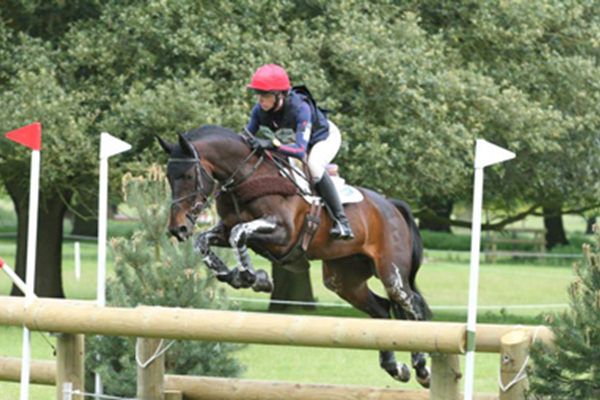