After making her way to the top as an elite cross-country mountain biker, Hartpury’s Ruth Owen-Evans has set her sights on achieving similar success in a completely new discipline.

The Performance Lifestyle Manager has transferred her biking talents to the field of cross triathlon and she has already made a mark in the sport by qualifying for the World Championships at the end of September in Sardinia, Italy.

“I’m massively looking forward to competing at the World Championships and giving it my best shot. Hopefully I’ll be able to put in a good performance,” Ruth said.

Cross triathlon consists of a 1500 metres open-water swim, a 30 kilometres mountain-biking stage and a 10km trail run. It varies to conventional triathlons due to its rough, hilly terrain and requires a higher degree of technical biking skill.

And in Ruth’s first ever cross triathlon event – the Xterra England Championships - last August, she produced a strong time that saw her qualify for the upcoming World Championships, despite having hardly any swim or run training to speak of.

She said: “It’s a completely new sport for me! From racing at World Cup level cross-country mountain biking to performing in three different disciplines has been a challenge, but one that I’m really enjoying.”

After breaking into the top 200 female mountain bikers in the world at the end of 2013, the Welsh national champion decided it was time to pursue a new challenge after her country decided not to select any athletes for the mountain bike event at the 2014 Commonwealth Games.

Following her positive showing in her first event, Ruth has gone from strength to strength and produced a second place finish in her age group at an event in March that was held in Malta. Last week, she represented Great Britain at the European Triathlon Union (ETU) European Championships in Schluchsee, Germany, and managed to finish in fourth in her age group.

Ruth said: “I saw the opportunity to take part in cross triathlon one day and I thought it would be good to give it a go! I’m really enjoying the variety of the sport as I used to solely concentrate on mountain biking, which can be quite repetitive. The bike is definitely my strongest element so far but I’m working on improving the other two areas a lot.”

Ruth’s preparations are stepping up a gear in her bid to shine at the World Championships with a further three cross triathlon events lined up throughout August. She will be competing in Czech Republic and Germany before heading back to England for the Xterra European Championships at the end of the month.

“It’s going to be a busy month but it will definitely help me for the World Championships. I’m training once or twice a day at the moment as well so I’m certainly putting myself through my paces at the moment,” Ruth added.

“I’m able to tie my training in with my work schedule which is helpful and I’m also able to take advantage of the facilities and support services, like physio, that exist at the college to support my training and recovery.”

Hartpury became the first UK academic institution to employ a full-time performance lifestyle manager to support its elite athletes when Ruth came on board in October 2013. In this unique role, Ruth helps athletes from all eight of the college’s sports academies to balance their academic and sporting schedules.

She has also been working as one of seven ‘Athlete Mentors’ with the Sky Sports Living for Sports team. She has been visiting schools across the UK to build students’ confidence and help them develop life skills while also hoping to inspire young athletes to reach their full potential.

Ruth said: “It’s gone really well and I feel privileged to be working on a project like this! I found my passion in sport and if they can draw inspiration from my story and find something that they enjoy doing would be extremely rewarding.”

And Ruth will be hoping that she can draw on her own inspiration as she looks to progress further in her new sport.

She said: “Because I’m new to the sport I’m just heading into every event to do the best I can and try and improve each time but the long-term aim is to move into the professional level and eventually become competitive in that division.” 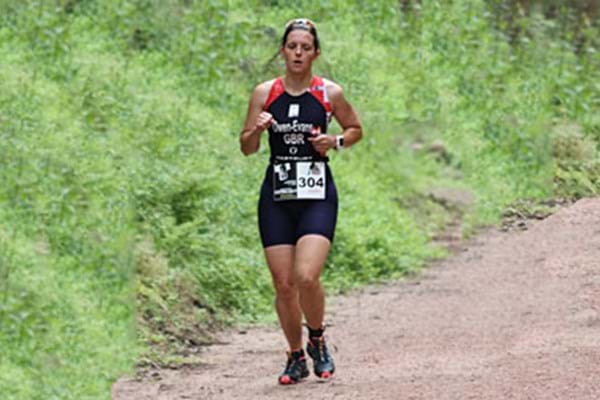