The shining and rising stars of dressage from all around the world put on a dazzling display at this year’s hugely successful Hartpury international Festival of Dressage.

Record entries saw more than 400 riders from 17 nations compete in more than 40 dressage and para-dressage classes over five days of outstanding equestrian sport and thousands of people followed the action from every corner of the globe. Saturday’s Gala Evening was a sell-out as 800 spectators watched the showcase of stallions and up and coming dressage horses in an electric atmosphere.

The new livestream from the event attracted more than 30,000 views during the Festival and others kept up to date with all the action on the website and the Festival’s Facebook and twitter pages.

The highlights were undoubtedly the performances of the top two horse and rider combinations in the world – Charlotte Dujardin with Valegro and Michael Eilberg on Woodlander Farouche – along with a huge number of top non-disabled and international para riders; many of them making the most of the Festival opportunities to prepare for the European Championships in Aachen, Germany, from August 12th to 16th.

Great Britain’s London 2012 gold medallist, Charlotte, from Newent, had an exceptional Festival, and nearly 12,000 people have already watched the videos of the duo, as well as Charlotte on young pretender Barolo, that were posted on Hartpury’s YouTube channel, which also features videos of Eilberg and Farouche, Carl Hester on Nip Tuck and para dressage rider Sophie Wells on Valerius.

Charlotte said: “I am so happy. He (Valegro) is such a superstar; he tries so hard and is just fantastic. We love Hartpury. We’re so lucky to have a facility like this so close by and it’s such a super show; we look forward to it every year. The people behind the scenes here are incredible and so are the facilities.”

Becky Moody and Carinsio continued their successful week as they took the honours in the Andrews Bowen Intermediate I Freestyle with a score of 79.125. She was also top placed finalist in the Shearwater Five-Year-Old class with 86.6% on Full Fusion.

Elsewhere in the Premier League, Phoebe Peters on Denford Surprise won the Pony Junior and Young Rider Team Test on 74.32%, while the top placed finalist in the Four-Year-Old class was Bryony Goodwin on Hawtins Fiorella with 83.0%.

In the Monarch Equestrian FEI Intermediate II, Michael Eilberg was in exceptional form even without the fabulous Farouche as he finished top of the class with 71.625% on Half Moon Dynasty.

Maya Goldburg finished top of the pile in the FEI Prix St Georges with Torino on 70.175%, while Olivia Towers won the Medium 75 on Mercian Calisso on 70.95%.

Philip Cheetham, Equine Director at Hartpury, said: “The final day of the Festival provided a fitting finale as the exceptional standard of competition was maintained, including another stunning display from Charlotte and Valegro.

“With record entries and so many fabulous performances, we were delighted to have been able to share them with a much bigger audience this year, both through the popular livestream and the social media and web updates that showcased the best of the para dressage and the non-disabled dressage, sharing the stories and the results of our fantastic competitors.

“The support of our sponsors is absolutely crucial to the continued success of the Festival and a big thank you goes to them as well as to all the Hartpury staff and students who gave up so much of their time and worked so hard to make this year’s Festival such an outstanding event.” 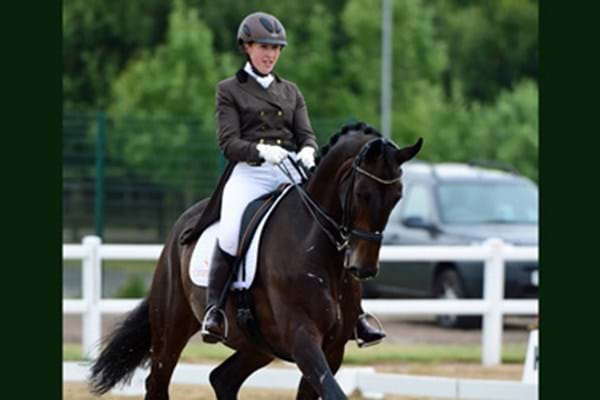