With the Rugby World Cup 2015 getting ever closer to kick-off, Hartpury College is preparing to welcome the sport’s most famous trophy when the Webb Ellis Cup visits the college next week.

The Rugby World Cup Trophy Tour will be making a stop at the college from 2pm on Wednesday, July 15th as part of a three-day tour of Gloucestershire, with local secondary schools, including Dene Magna, Tewkesbury, Lakers and Newent, and Hartpury Primary School among those invited to attend and join in the festivities.

The college will also have a player who has lifted rugby’s greatest prize in attendance as World Cup 2003 winner, Phil Vickery, will be the college’s special guest on the day.

And the former England and Gloucester Rugby captain, who won 73 caps for the country at prop, will be joined by Steve Brown and Ian Ritchie, the Managing Director of England Rugby 2015 and CEO of England Rugby respectively, as Hartpury’s celebration of the Rugby World Cup continues.

The Trophy Tour event continues the college’s festival of rugby after Hartpury played host to a successful major primary school tag rugby tournament, organised and run by Hartpury students in April. It will culminate in the college hosting the USA and Scotland international teams as an Official Team Base during the tournament, with those squads using Hartpury’s facilities for training and match preparation for their respective World Cup campaigns.

There will also be a touch rugby tournament taking place throughout the day on July 15th - the West Country Corporate Challenge Touch Rugby Cup - which will see businesses from across the region taking part in a fun-filled day to be crowned inaugural champions of the West Country.

Phil De Glanville, Hartpury’s Director of Elite Sport, said: “We are really looking forward to welcoming the Webb Ellis Cup to Hartpury and it’s great that we can include the local community, especially young people from local schools, to join us in our celebrations.

“It’s a great chance for them to come and get their photo taken with the biggest trophy in the game and meet a World Cup winner in the process while enjoying the facilities of our specialist sports campus. With the touch rugby tournament also running, it promises to be a bumper day of rugby action and entertainment.” 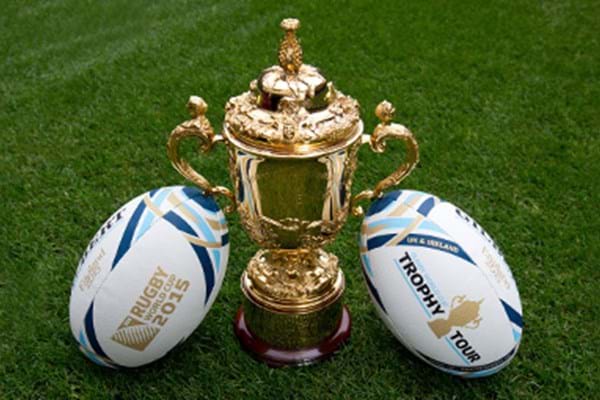