There was a happy return home for Hartpury-bred Hartpury Sky is the Limit when the eight-year-old shone at last week’s NAF Five Star Hartpury International Horse Trials.

After being bred at Hartpury Home Farm Stud in 2007, the gelding was raised at the college and then backed by students (they were the first to sit on the horse to get it accustomed to being ridden) as they gained valuable hands-on experience.

He was then evaluated in 2010 at the BEF Futurity Series, which aims to identify British bred young potential sport horses and ponies destined for careers in dressage, eventing, show-jumping or endurance, and Sky is the Limit was rated as the best three-year-old show-jumper in the UK.

The horse was then bought by Diana Brodie with event rider Ian Wills taking the reins and the duo showed their promise with a strong showing in last week’s CCI** class as they finished in sixth place, with a particularly impressive performance in the cross-country section with a flawless display.

This result maintains their purple patch of form which had seen the pair secure top honours in their previous two events at Tweseldown and Aston-le-Walls respectively.

Phillip Cheetham, Hartpury’s Equine Director, said: “It’s great to see one of our own bred horses perform so well at such a prestigious competition, particularly when the event is at Hartpury!! The horse, and Ian, put in a great performance and hopefully they can continue to push on in future events as they continue to fly the flag for Hartpury.” 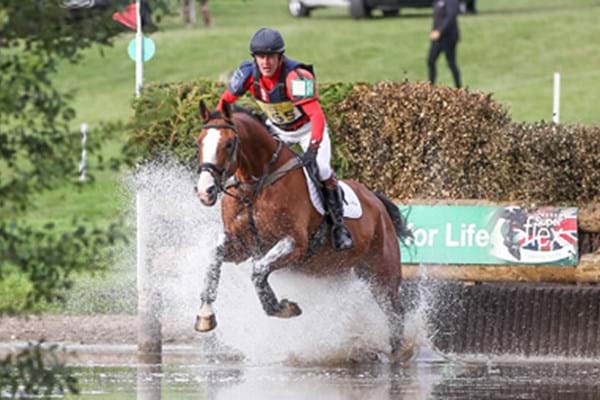