Hartpury’s renowned rugby production line has fashioned a host of talented young players in recent years and the class of 2015 has seen a number of starlets secure contracts at professional clubs as the new season approaches.

Mercurial fly-half Mat Protheroe, who has just completed his studies on the BTEC Diploma Level 3 rugby programme, has signed a full-time professional contract with Gloucester Rugby after catching the eye with a string of dynamic performances for Hartpury RFC and the Under-18s first XV.

The 18-year-old will now be competing with former Hartpury student Billy Burns and Wales international, James Hook, for the coveted number 10 jersey at Kingsholm.

Protheroe has been joined at the Aviva Premiership side by scrum-half and Sports Coaching degree student Ben Vellacott, who recently appeared for Scotland at the Under-20s World Cup, and back row Harry Wilson, from Cirencester, with both having signed an academy contract for the Cherry and Whites.

The trio will be looking to follow in the footsteps of the likes of (Billy) Burns, Gareth Evans, Jonny May, Ryan Mills, Steph Reynolds, Dan Robson, Tom Savage, Charlie Sharples, Elliott Stooke and Henry Trinder, who have all studied at Hartpury and starred for Gloucester Rugby.

Openside flanker Sid Blackmore, who had an excellent season with the Hartpury Under-18s side, has signed an academy contract with Gloucester’s West Country rivals Bath, after the youngster, along with Protheroe, led Hartpury to their sixth consecutive AASE Championship national colleges title last season.

Pacy winger Alex O’Meara, who has just completed his degree in Sports Coaching, has moved up a level to Championship side Cornish Pirates after signing a professional contract, while Hartpury RFC full-back, Ruaridh McConnochie, has signed a full-time contract with the England Sevens squad.

McConnochie, who recently represented England at the European Sevens Series, will join former Hartpury student Dan Norton in the team and both will be vying to be involved in next summer’s Olympic Games at Rio when Sevens makes its eagerly-awaited debut.

Alan Martinovic, Director of Rugby at Hartpury, said: “At Hartpury, we take great pride in developing young sports men and women and helping them on the path to their dream career.

“For our elite athletes, securing a professional contract is their ultimate ambition, along with representing their country, and hundreds of our students have gone on to achieve both.

“Congratulations to all of those Hartpury players and students who have secured professional contracts for next season. We’ll continue to closely follow their careers, whether they remain a part of the Hartpury set-ups or not, and celebrate their successes.” 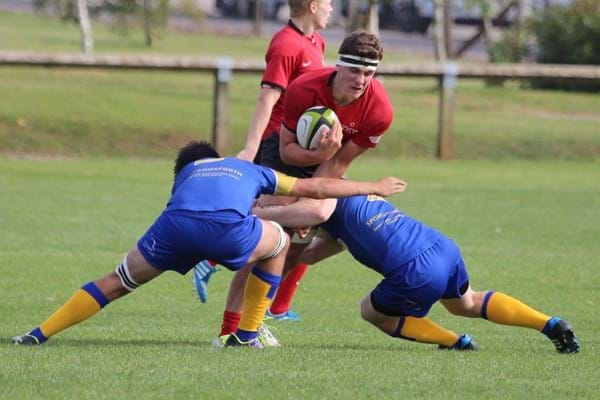