He may be hanging up his boots as Hartpury RFC’s Commercial Manager but Matt Bayliss has no intention of leaving National League One’s surprise package to their own devices.

The former Gloucester Rugby player, international referee and top level citing officer, has been unanimously elected to take on the role of President of Hartpury RFC as Martin Baber steps down after five years. Martin now becomes a life vice-president of the club.

Bayliss has helped steer the club into a healthy financial position in the last five years as they have also completed an incredible rise through the rugby ranks into National League One, securing an impressive fifth placed position in their first season at that level last season.

Matt, who has given 30 years’ service to the sporting scene in Gloucestershire – 17 as a referee and 13 as a citing officer – will be replaced by Lorraine Cornwell, the vastly experienced former Commercial Manager for Severn Sound radio (now Heart FM).

Matt does not officially retire until December 2015, ensuring a smooth handover between the pair, and with local companies – Gillmans and JS Security – already having confirmed their continued shirt sponsorship for 2015-16, the future is looking bright.

“That is the passion that I bring to Hartpury with me and we’ve already planned some really exciting changes for the coming season, including a new partnership with local catering company ‘Cater Cater’ and a new hospitality suite where our guests will be able to enjoy a delicious two-course sit-down meal while enjoying the rugby. It’s a great and affordable day out for a group of friends or for local businesses.

“Our season ticket package will continue to give the best deal to our loyal supporters, who are critical to our continued success. And with only two of our matches happening at the same time as Gloucester Rugby game this season, we’re looking forward to welcoming even more supporters to Hartpury. It’s going to be an exciting season on and off the pitch.”

Matt said: “I feel so privileged to be taking on the role of Hartpury RFC President. Martin’s will be big boots to fill but it’s a huge honour and it’s fantastic for me that I’ll still be part of the fabric of the club even though I’m stepping down as commercial manager.

“It’s a very exciting time for Hartpury RFC as we embark on our second season in the third tier of English rugby, looking to build on an exceptional 2014-15 campaign on and off the field.

“It really has been an incredibly special environment to work in during the last five years and the club is in rude good health. Last season, every match was sponsored and we had 150 advertising boards around the ground – that’s testament to our sporting success and the very strong relationships we have built with local businesses.

“My role as President will be to make our visiting teams welcome and I’ll be supporting Lorraine as she maintains our relationships with current sponsors and forges new partnerships.”

Bayliss only retired from his role as a citing officer for the International Rugby Board (IRB) and the Rugby Football Union (RFU) last season. He was responsible for citing players who commit any act of foul play which would warrant them receiving a red card.

In his citing officer role, Bayliss officiated at the RBS 6 Nations, the European Cup competitions, the Aviva Premiership, the Junior World Cup, the IRB Sevens and the Anglo Welsh Cup.

Starting his playing career at Coney Hill RFC in Gloucester in 1962, Bayliss went on to play for Gloucester Colts and Gloucester Rugby, captaining the Cherry and Whites’ United XV for four seasons. He then moved on to Cheltenham RFC – skipper for two seasons – and returned to Coney Hill as a player-coach between 1976 and 1979.

Hartpury Principal, Russell Marchant, said: “Hartpury RFC has been very lucky to have Martin Baber as President since its inception. In recent years, Matt has done a great job as commercial manager and these changes give Martin a chance to take life a little easier and Matt a chance to enjoy his rugby even more!” 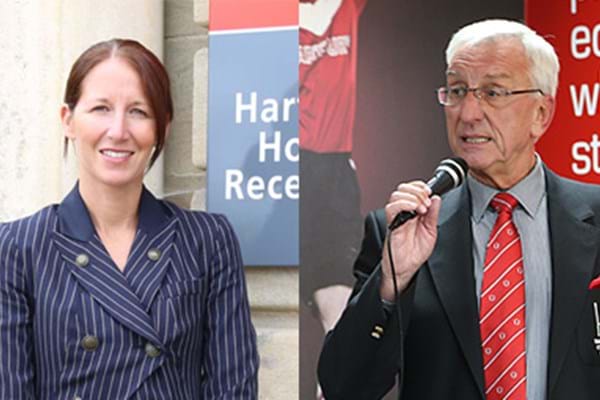