The thrills and spills of cross country day brought the CIC 3* to a fantastic finish, with William Fox-Pitt and Bay My Hero’s untouchable performance during the showjumping and cross country phases, securing the top spot.

After the CIC 3* showjumping phase, William Fox-Pitt remained in first place after producing a stunning clear round aboard Bay My Hero, with Sarah Bullimore on Reve Du Rouet and Ibby Macpherson on Ballingowan Diamond in second and third respectively.

As excitement reached fever pitch with the 3* competitors heading out on the exhilarating cross country course, Fox-Pitt stole the show with an outstanding win on the sublime Bay My Hero.

The unbeatable combination produced an effortless round on the cross country course, rocketing straight into first place with a score of 37.9. Fox-Pitt was also fifth overall on Luxury FH and seventh on Fernhill Pimms.

Bullimore managed to wrap up her second place overall after the cross country phase aboard Reve Du Rouet, with a final score of 40.4, and birthday girl Macpherson, remained in third place riding Ballingowan Diamond with 43.1. Hartpury graduate and French international event rider, Astier Nicolas finished in a creditable 11th place on Molakai.

The top three in the CCI 1* all went round clear, with Caroline Harris riding Billy Bumble to steal the top spot with a fantastic total of 37.5, Tom Jackson took second place on Dowalda with 38.5 and Willa Newton achieved third place on Caja 20 with a total of 40.1.

Tomorrow’s showjumping phase will bring the CCI 1* competition to a conclusion, when recent Hartpury Equine graduate, Jules Ennis, will be looking to improve on her current 22nd spot on Cooley O, having climbed eight places today.

Pippa Funnell made up for the disappointment of being eliminated after unseating in the CIC 3* cross country on Billy the Biz by finishing the day in second spot in the CCI** on Billy Cuckoo with a total score of 39.6, having produced an excellent cross country phase.

A good way out in front in the 2*, however, is Thomas Carlile on Upsilon with 34.4, while Matthew Wright sits third on Shannondale Shinawil with 41.1. The Hartpury-bred Hartpury Sky is the Limit ridden by Ian Wills produced a phenomenally quick cross country round to finish the day in fourth on 42.3.

Tomorrow is the last chance to enjoy the world class eventing at the NAF Five Star International Hartpury Horse Trials as the CCI* and CCI** reaches its climax with the showjumping phase.

Admission on Sunday 16th is charged at £10 per person and Under-16s are free. 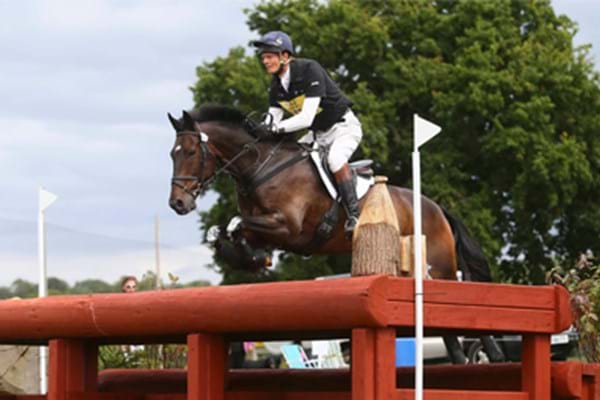