Former Hartpury student and England Sevens try machine, Dan Norton, has been playing a big part in inspiring the next generation of sevens talent with his professional advice and training at a unique academy run at the college.

Hartpury played host to the UR7s Academy recently with 60 of the country’s finest players, aged between 13 and 17, getting a high level of coaching on and off the pitch from professional players like Norton - similar to the quality players receive when working with their international teams.

Tom Burwell, UR7s Academy Director, said: “This residential event is the start of our year’s programme and features the best players that have been through our regional academies or have been spotted by our coaches. We will then meet every month going forward, with the year culminating in a series of tournaments for our squads in May and June next year.”

And Norton, who completed a degree in Sports Conditioning and Coaching at Hartpury after joining the college in 2004, was able to impart his expertise on to the academy members as they focused on various drills to enhance their rugby skills, which included footwork, handling and set pieces.

“I’ve done a bit of coaching throughout my time growing up and also when studying at Hartpury but it’s great to get involved and help with teaching young players all the skills they’ll need in the game of sevens,” Norton said.

“Sevens teaches the players a range of skills that they may not usually practice in the 15-a-side game so it’s a great learning experience for the younger players and will only benefit their game in the future.”

Norton, who is England’s all-time second-highest scorer in sevens rugby, was a part of the Red Rose squad that secured qualification for the Rio Olympics, after securing a fourth place finish in the HSBC World Series.

And the 27-year-old believes next summer’s Games, which will feature Sevens for the first time in Olympic history, is a culmination of the increased exposure the game has received in recent years.

He said: “Since the announcement that Sevens would be included on the Olympic programme, the interest has definitely grown. Initially, Sevens was used as a way of introducing youngsters to the 15-a-side game but nowadays it’s completely different. It’s essentially its own sport and organisations, like the UR7s Academy, are continuing to help the game grow from a grass roots level.”

Burwell added: “We have been running the academy for eight years now and the interest has certainly taken off. The increased TV exposure that allows people to watch players like Dan perform, serves as a great inspiration to young, aspiring rugby players and it has made a big difference to the game.”

With the Olympics just a year away, Norton is hoping to book his seat on the plane with the form he has shown since making his debut in 2009.

Norton said: “It was a great achievement for the squad to secure qualification for the Olympics and it is an amazing opportunity to be a part of. However, I know I’m going to have to be playing the best rugby I can be to get a space on the team.

“The World Series kicks off again in December and we are visiting some amazing places like Singapore and Sydney for the first time, which will be an awesome experience, and hopefully I’ll be in good form throughout the series and put myself in contention for an Olympic place.” 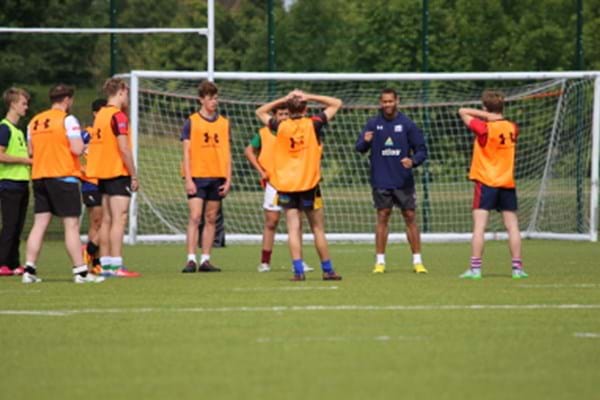