Gloucester-Hartpury rowers picked up four gold medals as six rowers showed off their skills on the water at three different international competitions.

Bowyer picked up wins on both days of the competition, outracing her Italian counterpart on the Saturday to win by less than half a second before a more comfortable race on Sunday saw her lead from start to finish to claim her second gold.

Flo Pickles, a Gloucester-Hartpury AASE rower, continued the success as she helped Great Britain to one of its most successful Under-23s World Championships.

GB picked up six medals as Flo, 18, finished fourth as part of the women’s lightweight quad sculls. Britain had been in contention for a medal for much of the race but were eventually beaten by Italy, France and Germany.

Away from the world championships, Charlottle Hodgkins-Byrne picked up Gloucester-Hartpury’s third gold with victory in the junior women’s single scull at the Home International Regatta in Strathclyde, Scotland.

The regatta saw four Hartpury students competing – three for England and one for Wales – and it was England who took the spoils with Charlotte’s singles victory followed by a win in the junior women’s quad scull.

Hartpury’s rowing coach, Tom Pattichis, said: “Everyone has been working really hard throughout this season and it’s shown with the results that our rowers have had over the last few months. We have a strong international contingent who are all performing well and it’s great to see.” 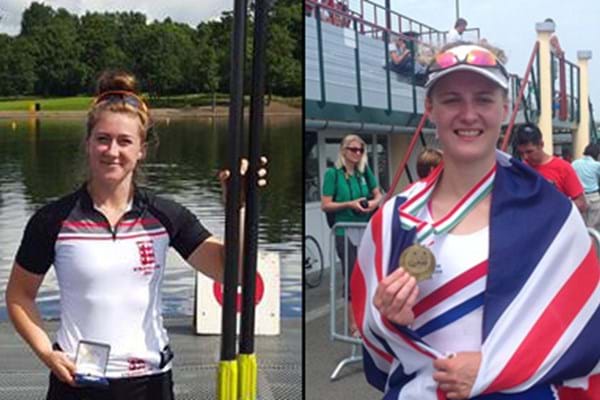