Seven Hartpury pentathletes showed their class with a dominant performance at the National Tetrathlon Championships over the weekend.

Oliver Murray topped the charts for the boys ahead of Harry Sykes and reigning National Pentathlon champion, Bradley Sutton, in third.

Sutton had led early in the event after a quick swim but was pushed into third by Sykes and Murray, who won the fencing, ahead of the combined event. More good shooting from Miller saw him overhaul Sykes and claim gold as Hartpury went on to claim a clean sweep in the medals.

In the girls event, it was Paris Allen who outshone the competition, leading from start to finish as she claimed gold and the first national title of the season.

Allen’s time of 2:11 in the swim was enough to see her into first place before she claimed top spot in the fencing and wrapped up the victory with more clinical shooting and a strong run.

Sophie Pedlar’s sprint finish pushed her up to 12th place overall as Hartpury went on to also claim the girls Under-19s title.

Hartpury’s Mat Dewey, Head of the Modern Pentathlon Academy, said: “This was an excellent weekend for everyone involved in the modern pentathlon academy at Hartpury. All of our competitors showed their class and to come away with four medals and six top-10 finishes is an excellent achievement. I hope that we can kick on from here and continue to have a good season.” 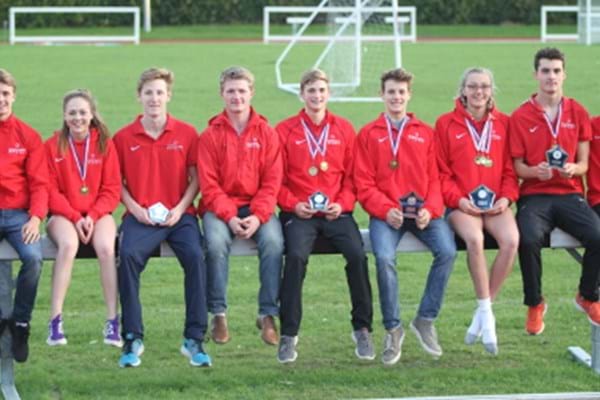