Lauren Boyce, who is on the BTEC Level 3 Extended Diploma in Horse Management, represented Wales in the European Mounted Games Championships in France on her pony, Choci.

Lauren said: "Over the week, the competition was extremely close and, in the final, there was only one point between us and England.

"We took the Reserve European Champions title, beating many countries from all over Europe. It was a great trip and Choci did me proud once again."

Liberty Fogden, who is on the same course, competed at the Pony Club Eventer Challenge at Blenheim Palace Horse Trails.

The Eventer Challenge is a mixture of show jumping and cross country fences in an arena. Riders are also judged on the style and performance of their round, with Liberty picking up an impressive 51 style points.

She said: "My horse, Oscar, was going really well and I thought i was on for a clear round but unfortunately we got a bit flat and had the last pole down." 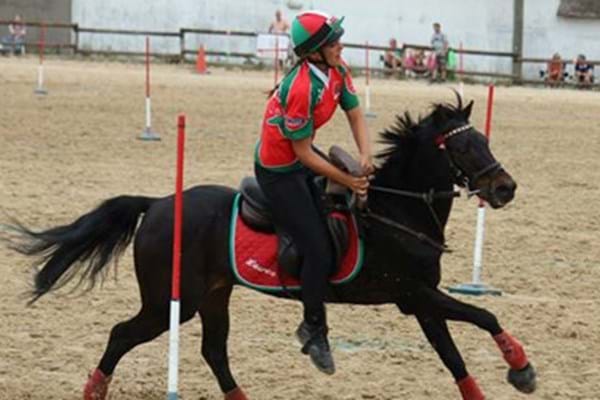