Back in April, Hartpury were crowned as BUCS Rugby 7s champions, thus earning the right to represent in England in the Red Bull University 7s which are scheduled to take place in Bath this weekend.

Hartpury will join other university 7s champion sides from the Home Nations and Europe in what promises to be an excellent day of entertainment at the Rec on Saturday. The tournament kicks off at 11.30 a.m. and climaxes when the final is played at half-time of the Bath Rugby vs. Gloucester Rugby match, part of the pre-season West Country Championship.

"Red Bull Uni 7s is a great opportunity for up and coming players to really showcase their talents on a huge stage,” says Jamie Roberts, Red Bull athlete currently with the Wales squad at RWC 2015. “To get the chance to play at the Rec with its rich heritage is a big incentive for these guys and something that I am looking forward to next season."

An anticipated crowd of 14,000 will watch the tournament final, which will kick off at around 6.30pm. Entry to the sevens event is free (this does not include the Bath vs Gloucester match!) and the final will be live streamed from the main pitch to the sevens arena.

The event coincides with Bath Rugby’s 150th anniversary celebrations and will be followed by live music and, we assume, coverage of the England/Wales RWC showdown. 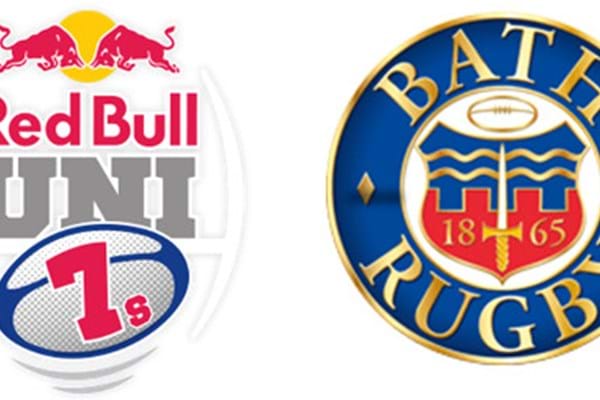