It’s almost a year since Hartpury RFC, after an ‘up and down’ start to life in National League 1, finally put in a performance that made supporters feel a little more comfortable about the season ahead. They recorded a good win against one of the more established sides at this level, by beating Esher 30-19 on a sunny autumnal day at the Academy.

The sun promises to shine again as Esher return this weekend. A fired-up opening period did the trick for Hartpury a year ago, although they eventually owed a lot to the reliable boot of Gareth Thompson who, with six penalties and a conversion (85% on the day), added to tries from the now-departed (to Bedford Blues) Tom Griffiths and hooker Will Tanner.

Hartpury’s start this season has not been without it’s ‘hiccups’, but after good wins against both Fylde (home) and Coventry (excellently, away, last week), the opening day defeat at Ionians is beginning to look a bit more like an anomaly.

Esher have started in a similar fashion. Beaten at home by this year’s ‘bolters’ Ampthill in their opening fixture, they have steadied the ship with an impressive points haul at difficult-to-visit Wharfedale (26-46), before a comfortable-sounding home win over Loughborough last time out. Esher sits one point and two places behind Hartpury in the emerging league table.

We may see a couple of familiar faces in black and yellow this weekend. Former BUCs and RFC hooker Callum O’Connell is now practicing his art in south-west London whilst ex-BUCS skipper Brandon Walker has also signed on for another season.

Hartpury will be hoping to play from a fairly full deck this week, although one or two players who may have been expected to participate in some way are off on duty at the Red Bull Uni 7s in Bath.

Interestingly, our starting XV on Saturday is likely to feature only one, or perhaps two, players who kicked off the corresponding fixture last year, although 12 months ago we did have Will Safe, Tim Brockett, George Boulton and Will Tanner on the bench. And this is a year in which we didn’t foresee a lot of turnover!

A home win, against a side likely to feature in the top half of the table again, would be a perfect preparation for next week’s long trip north to Blaydon.

Saturday’s game will kick off at 2.30pm. Adult admission is £10 and with 14 home games still to come our £99 season ticket is still looking like a bargain. Students and nippers come in FREE…

You can read the thoughts of Director of Rugby, Alan Martinovic, here: http://www.gloucestercitizen.co.uk/Hartpury-deal-pressure-raised-expectations/story-27861668-detail/story.html 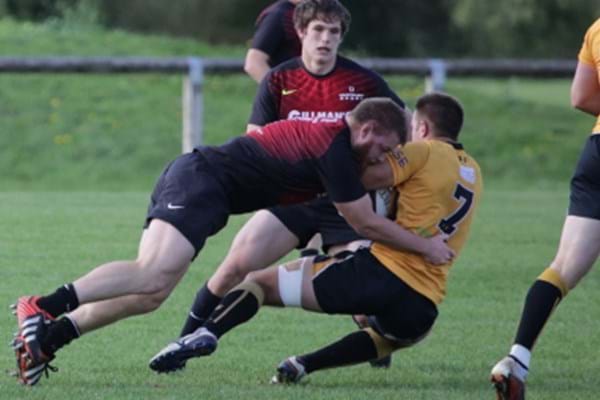