A great week for our elite teams as our senior College netball team thumped King Edward VI Stourbridge first team 79-12 in the AoC Premier League and the Under-18s firsts signalled their intentions to retain their AASE League crown for a seventh successive year with a 69-5 victory over Oaklands firsts.

The BUCS football first XV kicked off their season with a 2-0 pre-season away win at Bath University while the BUCS rugby team won their pre-season game at the same venue.

Also in the rugby, the Under-18s seconds scored a century of points in an astonishing 100-0 win over Coleg Gwent firsts in the AoC Premier League, while the thirds went down 37-14 at home to SEEVIC firsts in the same league. The fourths won 34-5 in the AoC League at Birmingham Metro College firsts, while the Acorns XV drew 12-12 at Marling School.

The College second team won their netball fixture 47-14 against Cirencester College firsts in the AoC WM League One.

The Under-19s football third team won 4-0 at Hereford VI Form in the AoC WM Cat 2C League, while the fourths drew 1-1 with Halesowen in the Cat 3B League. 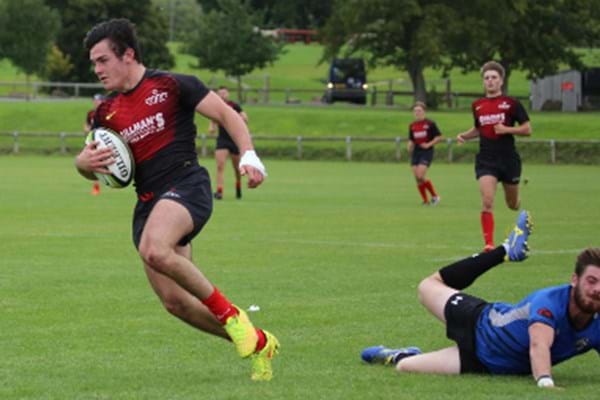