Looking for inspiration today? Then look no further than our very own university sport lecturer, Rich Whincup, who has managed to overcome his battle with severe stammering to deliver a head boy speech at his old school, 17 years since leaving.

Rich‘s awe-inspiring journey was documented in the Victoria Derbyshire show that was aired on BBC Two last Thursday morning, with the video initially showing a 19-year-old Rich struggling to say his name to a present-day version conquering his final ‘cancellation’ by delivering a rousing presentation in front of hundreds of people at Cotswold School.

“It’s always an honour to be invited to any event and speak, but this one was more special as I had been hoping to be invited back since gaining control of my stammer,” Rich said.

“I had the opportunity to complete a very personal circle, and ‘cancel out’ the last situation I had left playing on my mind from my time when my stammer was out of control so it was a brilliant occasion for me.”

Rich joined the McGuire programme, an intensive theory programme for stammerers, in 1999 and he credits the techniques he learnt there with him helping to achieve his dream of becoming a rugby coach, where he coaches his sons’ junior rugby teams.

The Sport Business Management lecturer was given a taste of the celebrity lifestyle with numerous appearances on regional and national radio shows last week with many clamouring to speak to the man of the moment.

He said: “The response has been truly overwhelming! Following the speech itself, many people sent messages over Twitter and Facebook and following the film being broadcast, I have had people taking their time to send messages of how they have been inspired and motivated by my story in the film.

“Most surprisingly, has been the reaction of some people who had previously criticised stammering therapies such as the McGuire Programme, and they are now more understanding of the sustainable difference that it can make to people’s lives.” 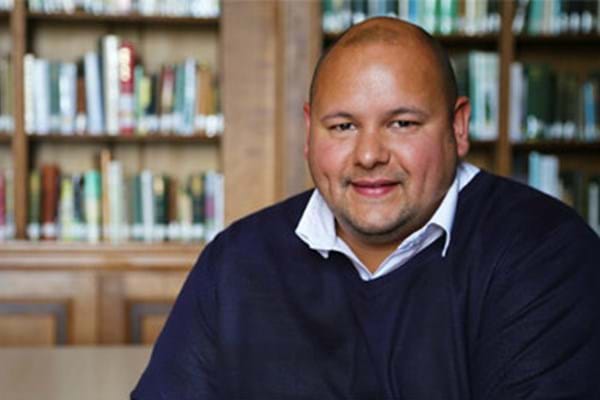