England women’s rugby will again be heavily influenced by Hartpury connected players as no less than 21 have been named in the most recent Senior and Under-20 squads.

The 51-woman list put forward by Simon Middleton for the England Elite Player Squad contains eight players to have either plied their trade or coached at Hartpury.

Recent Hartpury graduate, Abbie Brown, 19, is one of the youngest named in the squad having impressed during her time with the squad during their six nations campaign. Brown debuted in the white shirt against Wales in England’s first Six Nations fixture before going on to start three more games during the tournament. Uncapped Courtney Gill, from Worcester, also makes the Elite Player Squad for the first time.

Former Hartpury student Alexandra Matthews and former coach at the college, Danielle Waterman, will bring experience to a squad including a number of fresh faces. The pair have amassed 81 caps between them during their careers.

The duo will be joined in the squad by Worcester teammates Bianca Blackburn and Ceri Large, as well as by Natasha Hunt (Lichfield), from Drybrook, and Amy Cockayne (Lichfield), who are all ex-Hartpury students. Abbie Brown and Danielle Waterman’s Bristol teammate and former England Under-20, Megan Jones completes the list after also being included in the top squad.

England’s Under-20s squad also contains a heavy Hartpury presence with more than a third of the 31-woman squad made up of current or former students.

Gregson was previously included alongside Abbie Brown in England’s Six Nations’ squad, playing in her country’s first three games, but makes her first appearance in the England Under-20s squad.

Hartpury’s Director of Elite Sport and former England and Bath player, Phil De Glanville, said: “It’s great to see so many women connected to Hartpury making up such a large part of the England squads. We have a very strong programme here and it’s great to see current and former students alike progressing to the top of their game.” 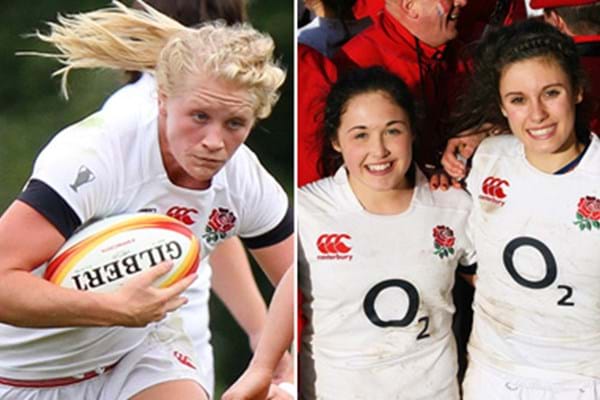