For the past few years England Rugby age group selections have been littered with Hartpury talent and it seems that the 2015-16 season will be no different, as Will Safe (pictured, left) and Mat Protheroe are named in the Under-20 Elite Player Squad.

Both players are attached to Gloucester Rugby, and whilst Number 8 Safe is still studying at Hartpury, prodigious young full-back/fly-half Protheroe is now with the Kingsholm outfit full time.

Both players have also represented England at Under 18 Level. In fact, Safe has been involved in age group rugby for some time, including England's successful Under 18 campaign in South Africa in 2014, whilst Protheroe had a breakthrough season in 2014-15, based largely on a series of exceptional performances for both Hartpury AASE XV and for the RFU in National League 1.

They follow in a fine tradition which has seen players such as Dan Robson, Jonny May, Ryan Mills, Billy Burns, Elliott Stooke, Ross Moriarty, Joe Batley, Ellis Genge and many others pull on the red rose in recent years. May and Moriarty have, of course, both gone on to pick up full international honours, including appearances at the current RWC (Moriarty for Wales).

Let's hope Will and Mat can follow in those footsteps...

Congratulations to both players! 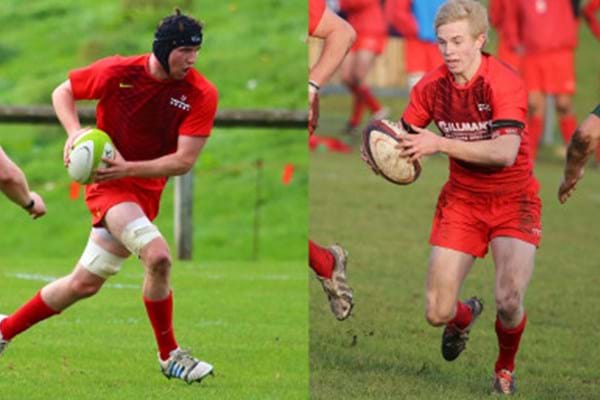