Hartpury netball’s amazing run in the Regional Colleges Championships continued as they scooped a fifth straight title and continued their unbeaten run.

Sarah Pretty’s side will represent the West Midlands at the National Colleges Championships next April as reward for winning all six of their games on the way to lifting the trophy.

Played in a shorter format with matches just 14 minutes long, Hartpury opened their account with a comfortable 36-0 win over Bourneville College before a tighter second game saw them edge out Newcastle-Under-Lyme 13-9.

Another big win over local rivals Gloucestershire College, 28-3, followed before a 20-2 victory against Worcestershire Sixth Form saw the girls into the semi-finals as the team racked up 97 points for and conceded just 14.

King Edward IV College provided some resistance in the last four but Hartpury’s strength eventually told as they came out on top 15-4 winners to extend their unbeaten run and points difference on the day as they cruised into the final.

Group stage opponents, Newcastle-Under-Lyme, provided the final hurdle for Hartpury and for a second time, the Hartpury girls bettered their first match to overcome their Staffordshire opponents 13-5 and claim a fifth straight title.

Head Coach, Sarah Pretty, said: “The girls played really well and stepped things up when it mattered. It’s not always easy coming into a competition with such a long unbeaten streak as it puts a lot of pressure on to maintain it but the girls all handled it superbly and that level of maturity will help them go a long way this season.

“The whole team was excellent but our shooting was outstanding with 125 goals scored and our high level of interceptions kept the scores against us down.

“We’ve had a really strong start to the year and if we can continue to push, I think we have a very exciting season ahead of us. We can’t wait to represent the West Midlands again next year too.” 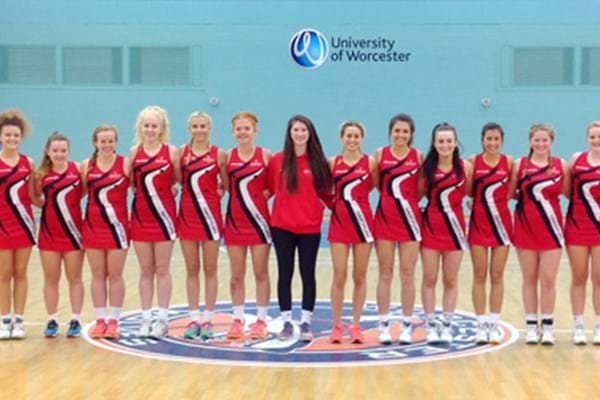