Hartpury’s pentathletes showed off their talents in a slightly different discipline as they put on a strong display in the South West Regional Biathlon last weekend.

A squad of seven travelled to Millfield School for the competition that served as a qualifier for the National Biathlon Championships in late November and the Schools Biathlon Championship in March 2016, and each member showed their credentials with a positive performance.

In the girls Under-19s category, the team of Paris Allen, Sophie Pedlar, Lowri Lougher and Ellie Bliss secured a silver medal in the team classification, with Paris producing a dominant display in both the swim and run sections to finish in first place individually. Sophie and Lowri finished in the top 10 to ensure qualification for the future competitions while Ellie missed out by just one place in 11th.

Oliver Murray produced a strong run in the boys Under-17s event to take the lead but was caught up in the swim section and eventually finished in fourth while Bradley Sutton secured second place in the boys Under-19s competition, with the National Pentathlon champion missing out on first by just 14 points.

In the teachers category, Hartpury’s Mat Dewey, Head of Modern Pentathlon, dominated both stages of the biathlon to ease past the opposition and take first place.

Mat said: “Everybody put their all into a short, but intense, competition and there were some positive results again. They’ve all performed to a high standard recently and hopefully they can maintain their form.” 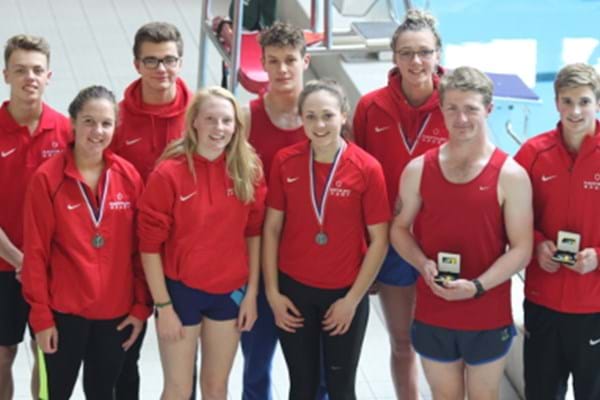