It was an all university affair of sporting fixtures at Hartpury yesterday with both the football and rugby first teams producing wins against Cardiff Met.

The rugby first XV emerged victorious in their BUCS Premier South A League clash after a Cameron Roberts first half hat-trick led the team to a 25-10 win and you can read a full match report here.

Hartpury’s football firsts had substitute Joe White to thank after the striker’s 85th minute goal secured all three points for the side in their BUCS Premier South League match against their Welsh opponents. You can read the full match report here.

In other results, the rugby third XV progressed to the next stage of the BUCS Trophy after overcoming St Mary’s University firsts 36-19, setting up a tie with Swansea firsts in the next round.

In the football, the second XI came up short in their local derby with Gloucestershire firsts after an eight goal thriller saw the side lose out 5-3, while the thirds safely secured passaged to the next round of the BUCS Western Conference Cup with a 4-2 win over UWE seconds. The fourth team also continued their cup journey after a 2-1 win over Marjons thirds. 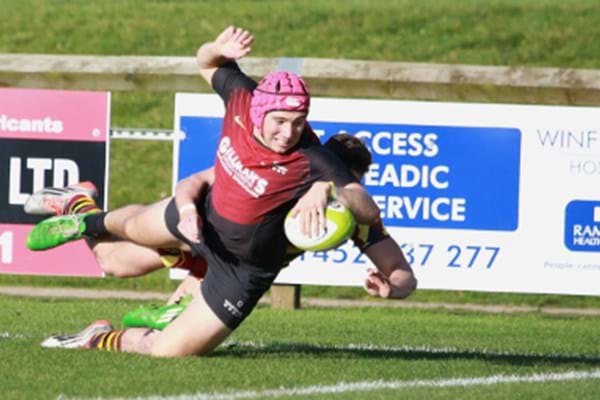