It was a good week for Hartpury’s rugby teams with all four squads securing a win in their respective fixtures.

The Under-18s first XV travelled to Leicester to take on Wyggeston firsts in the AASE League with Hartpury continuing their unbeaten start in a resounding 47-17 win. That result means the side has already guaranteed their progress into the later stages of the competition.

The university second team also claimed a victory away from home as they beat Kings College London first team 35-20 in the BUCS Premier South B League, while the Under-18s thirds registered another away win in a 27-19 win over SEEVIC in the AoC League. The BUCS third XV made it a clean sweep for the rugby squads after they crossed the whitewash multiple times to secure a 50-17 result against Plymouth firsts in the BUCS Western 1A League.

In the netball, the junior first team claimed a fourth straight county schools triumph and you can read a full account of the success here. The university first team were also in action and they fell to University of South Wales thirds in the BUCS Western 5B League by 11 points in a 37-26 scoreline.

Hartpury’s Under-19s football first team made it four wins out of four in the ECFA Premier League after securing a 2-0 win over Thomas Telford firsts, meaning the side now sit three points clear at the top with multiple games in hand, while they are also yet to concede a goal in their campaign. The Under-19s girl’s first team also produced a win in the ECFA Cup as they thrashed Worcester Sixth Form firsts 10-1.

The BUCS first XI faced Chichester firsts in the BUCS Premier South League and came away empty handed after losing 1-0 while the BUCS second team lost out by the odd goal in three in their BUCS Western 1A League opener against Cardiff firsts. The BUCS thirds shipped nine goals without reply in their loss to Cardiff Met seconds in the BUCS Western 2B League and the Under-19s third XI were on the wrong side of a 1-0 scoreline in their AoC West Midlands Cat 2C League fixture with Hereford Sixth Form firsts.

In the golf, Hartpury B team shot their way to first and second place in the nett division and gross division respectively in round two of the British Schools and College Tour, while the A team finished one spot below the B team in the gross division. Hartpury golfer Frankie Lin’s three over par round of 73 saw him finish in second position in the individual results with Rowan Warren finishing in a tied for third place after shooting a 75. The BUCS first team were also in action and they beat University of South Wales thirds 4-2 in the BUCS Western 2B League. 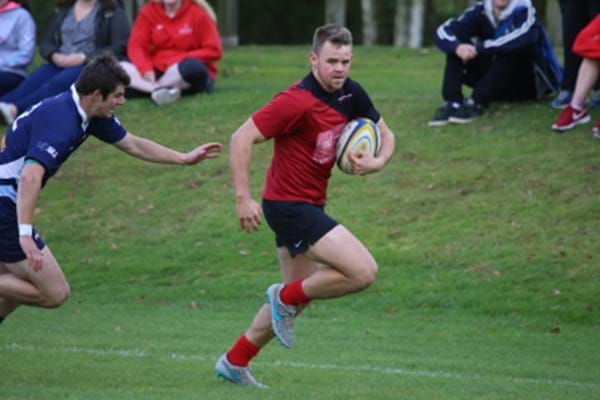