Hartpury’s animal students recently helped to give Hartpury Primary School’s ‘Vets and Pets Week’ a real hands-on feel as they were invited to get up close and personal with some of the college’s amazing animal collection.

Reception Year pupils from Hartpury Primary were given the chance to spend a morning at Hartpury’s newly refurbished Animal Management Centre, holding and learning about a variety of animals from guinea pigs and rabbits to snakes and spiders.

Hartpury pupil, Chloe Griffiths, 4, said: “I really liked the guinea pig because I have one at home and I love stroking them because they’re so soft.”

Students also got the chance to hold and learn about the Duprasi, a member of the gerbil family usually found in the Northern Sahara region, and despite difficulty pronouncing it, Jessica Smith, 4, claimed it was her “favourite animal of the day”.

This was the first time Hartpury have run the event for Reception Year children, having previously run it successfully with Year Four and Five children. Away from the furry critters, some of the pupils showed their braver side as they handled a couple of snakes and right at the end, had a surprise meeting with Hartpury’s resident Tarantula.

Hartpury’s Head of Department for Animal Management, Grace Watkins, said: “It’s a great way to get the local kids in to do something different and see the variety of animals we have here. It’s brilliant to see kids so young getting so involved and hopefully we’ve helped them to learn something and maybe inspire some of them to want to work with animals once they grow up, though that’s a little way away yet!” 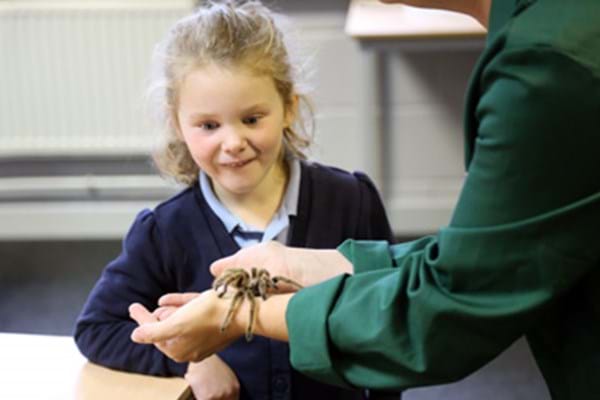