Hartpury will herald the arrival of another Rugby World Cup international team this week when the USA Eagles soar into town.

The Eagles will land at Hartpury on Friday for a training session before facing Japan in their final Pool B fixture at Kingsholm on Sunday, October 11th (kick-off 8pm).

Hartpury have already played host to the Scotland team, who used the college’s facilities as an official Team Base before defeating Japan 45-10 in their first RWC 2015 match, and the USA will be hoping their time at Hartpury will help to produce a similar result as they prepare to take on the Cherry Blossoms.

The squad are no strangers to Hartpury, having used the facilities on the campus for training last year as they prepared for an international friendly with Tonga at Kingsholm, which included a return to the college for former student, Paul Goulding, who is a performance analyst for the Eagles.

Hartpury Principal, Russell Marchant, said: “It’s always a privilege hosting international teams here at Hartpury and it was great to see Scotland spend time here in the days leading up to their first Rugby World Cup fixture. As a Scot, it was even better to see them win!

“We feel honoured to now be welcoming the USA national team to the college for a return visit and hope they find their time here useful in preparation for their game against Japan.”

And they won’t be the only representatives from across the pond visiting Hartpury, with an American touring side taking on a university squad on Saturday, October 10th.

The Olympic Rugby Club, based in San Francisco, are the oldest sports club in the USA, having formed in 1860, and the touring party will take on Hartpury’s young starlets in a friendly fixture that will coincide with Hartpury RFC’s derby battle with local rivals, Cinderford, in National League One.

Hartpury has had a distinctly international flavour in the last month with touring rugby teams from New Zealand and Argentina visiting the college, while organisers from the Japan 2019 Rugby World Cup will be the next nation to visit on Sunday.

The college will share its learning with the team who will be responsible for identifying and selecting the potential Team Bases in Japan. Hartpury has already welcomed representatives from the host cities for RWC 2019. 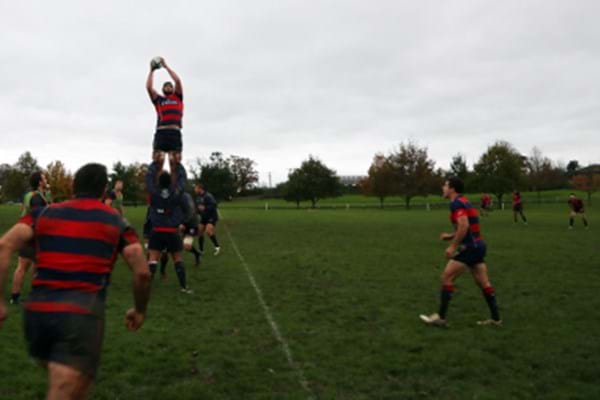