Whilst Hartpury versus Cinderford can hardly claim to be a ‘traditional’ derby fixture, the sides only having met twice before in competitive matches, nevertheless there is something about playing your near neighbours that creates a special atmosphere.

Last season’s home game produced a gritty performance from the Hartpury forwards that was enough deliver a 20-8 victory in a match that was illuminated by a moment of individual brilliance from replacement stand-off Mat Protheroe. The young flyer, now at Gloucester, sliced through the Cinderford defence in a typical run from around half-way, to score the game's only try.

That match, which also produced a pair of relatively harsh-looking red cards after some late ‘hand-bags’ between Steve Leonard and former Hartpury RFC flanker George Mills, also included a stand-out performance from Hartpury loose-head Des Merrey, now thankfully on the way back after a knee injury sustained at Coventry almost eight months ago. (Pictured, introducing himself to another former RFC man, Clive Stuart-Smith).

Hartpury also triumphed at Dockham Road last season, so will be looking protect a 100% league record versus Cinderford.

Having survived in League 1 by virtue of a last-day home win in 2014-15, our visitors on Saturday will be anxious to get the bandwagon rolling after a tough start to the current campaign. Defeats to Mowden Park and Blackheath were followed by an encouraging, but ultimately unsuccessful, home display against early-season league leaders Ampthill. Cinderford then enjoyed a morale-boosting bonus point win at Wharfedale, before slipping back, at home to Loughborough, last time out.

Hartpury, currently second in the league after four successive wins – the latest ground out at tough-to-visit Blaydon – will be taking nothing for granted. Form often means little in matches of this type and players such as Bristol play-maker Callum Sheedy and former Hartpury AASE skipper Sid Blackmore will need no introduction in these parts.

We had a good crowd for the corresponding fixture last year and will be hoping for the same again, particularly as Gloucester Rugby do not play at all this weekend. The game will kick off at 2.30pm (not 3pm as stated on the Cinderford RFC website) with the clubhouse open from 12.30. Admission is £10 (concessions apply), with kids and students getting in for free!

And, if league rugby is not your thing, there’s the alternative of watching a Hartpury BUCS (university) squad playing visitors from the USA, the Olympic Club of San Francisco, on one of our outer pitches. Olympic are the oldest club in the United States and will probably have one eye on the following day's USA vs Japan fixture at Kingsholm, although that should not detract from what is sure to be an entertaining match. 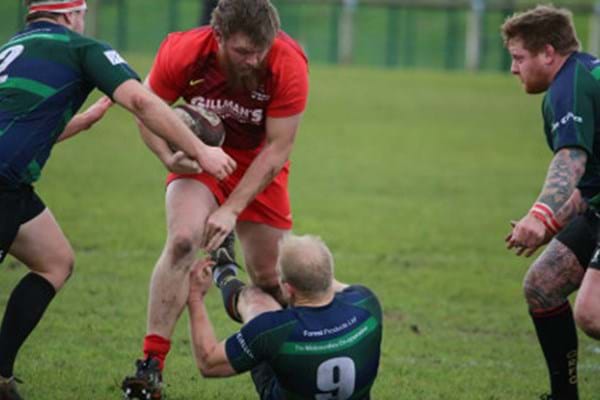