Hartpury’s university rugby team talent were in sparkling sevens form representing England at a national tournament at Bath’s Recreation Ground at the weekend.

The squad stormed into the final of the Red Bull University Sevens, having qualified for the prestigious competition through winning the BUCS Rugby Sevens for the third time in May with victory over Cardiff Met in the final.

Taking on the hosts and title holders, the University of Bath in the final showdown, the Hartpury team lost 26-24 with the final play of the game. Having gone ahead with a converted try two minutes from time, a last gasp Luca Petrozzi score for Bath broke Hartpury hearts.

The match was played out in front of a 12,000 strong crowd at half-time of the West Country Challenge Cup clash between Bath and Gloucester Rugby, as well as being streamed to the outer field big screen.


Hartpury kicked off the tournament with a 28-7 win over Italian side, Padova, and then saw off Bath 21-7. They were then held to a 14-14 draw by Cardiff Met but hit back with a thumping 64-0 win over the University of Dublin and finally a tight 14-12 win against the University of Pau to book their final spot.

Coach of Hartpury’s university first team, Tim Stephenson, said: “It was an incredible experience to run out in front of such a big crowd in a massive local derby in the final. The atmosphere was phenomenal.

“Callum Bowden, Mike Luxton and Ben Davies all worked tirelessly in defence and at the breakdown and Jonas scored some sensational tries late on in the day.

“It took us a few games to find our shape and structure, but when we did, we looked dangerous. We showed great character and composure in the games against Bath and Cardiff Met to come from behind to get the result.

“James Forrester led by example as captain with Jacob Unwin bringing his international experience, while Harry Cochrane , Cameron Roberts and Charlie Hubert were constant threats with ball in hand.

“Seb Negri made a big impact with his physicality and Sam Westcott kicked with pinpoint precision, which provided an excellent platform. Losing James Neal with a neck injury was a blow as he’d shown electric pace early on in the day.

“We were obviously gutted to lose with the final play of the game, particularly after we’d beaten Bath pretty comfortably earlier in the day and at the BUCS Sevens, but the boys performed exceptionally well throughout the tournament and they did themselves and Hartpury proud.” 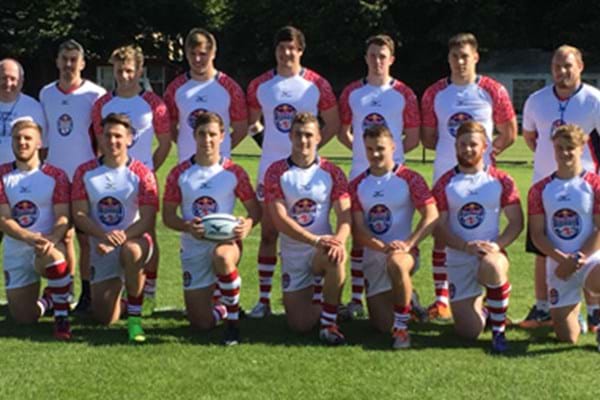