Hartpury student Alice Fulford took a firm grip on the reins and two national titles as she steered to success at the recent British Driving Society National Championships.

Carriage driving talent Alice, a student on the BTEC Extended Diploma in Horse Management course, won both of her classes at the competition that was held at Addington Manor Equestrian Centre, securing the Young Driver Championship and the Reserve Supreme Junior Driver title.

Alice said: “Winning one class at the championships was an amazing achievement and then to win another, I was ecstatic!When I won in the second class, I was overwhelmed and when my mum and I left the ring, we cried because we were so happy!”

Carriage driving is a form of competitive horse driving in harness in which two or four wheeled carriages are pulled by a single horse, a pair, tandem or a four-in-hand team.

The 17-year-old from Tetbury got into the sport as her pony Dylan, who was initially bought for Alice to do Pony Club with, had already been used for carriage driving.

Alice quickly fell in love with the unique discipline and was able to take part in competitions alongside her mum.

“It’s great that my Mum is there with me as she is my biggest supporter and it helps a lot to have her there cheering me on,” Alice added.

“Hopefully in the future I can get another pony to compete alongside Dylan and use both to compete in pairs or tandem events.” 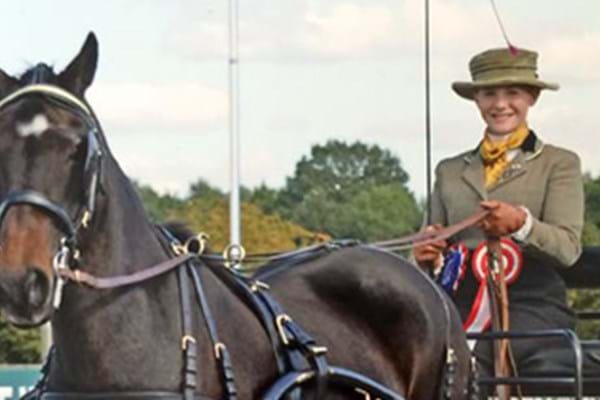