Congratulations on reaching another final. What are we expecting from the opposition? We haven’t had any competitive games against Bicton recently. We’re expecting them to be an abrasive, physical side with a strong set piece. They will be well-coached, committed and direct. We’ve got to be ready for that battle.

They’ve got a good Premiership connection themselves, with the Exeter Chiefs. They’re going to be well-prepared and very keen to get one over us on Wednesday.

What shape are we in? We’ve got a couple of knocks, as most teams have at this stage, but we’re confident in the squad we’ve put together over the season. There are going to be one or two guys that haven’t necessarily been starting throughout the season that are going to get the opportunity to go out and represent Hartpury in an AASE final.

We’ll be going into the game very respectful of what Bicton can bring, but at the same time being mindful that we want to put our strengths across and really attack them wherever we can.

Is there any difference in the way you prepare for a final? It was disappointing that Leicester didn’t show for the game last week as we would always prefer to play regularly and that would have been an ideal preparation for the final.

We’ve tried, as far as we can, to create a ‘game tempo’ within our training sessions. Also we’ve already had ten or eleven games together this season, including non-AASE games, so the guys know their roles and what’s expected of them.

This is our seventh consecutive AASE final; does that make it easier or harder? It probably makes it a bit harder to be honest. We’re a close-knit group and very focused on what we need to do but I often get the feeling that, externally, people think that we’re just going to turn up and win, because we have had that success in the past. That annoys me.

We’ve had a few games this season – the matches with Myerscough spring to mind – where the scoreboard hasn’t really reflected how close the match has been because, perhaps, we’ve run away with it a little bit with a few tries at the end. The reality is that we’ve had to work hard in those games and our discipline and commitment in defence has been important to stop teams scoring against us.

So we’ll just let people think what they want. We’ve got a lot of respect for the opposition and for the competition – it’s never a foregone conclusion and, if anything, that attitude - from outside - just makes us knuckle down and work harder.

The early end to the AASE Championship also means that we can put more focus on Sevens than we have done in the past. We’re entered for six tournaments leading up to Rosslyn Park, so we’ll be hoping for a big finale there…

The AASE final is taking place at the Allianz Arena, home of Aviva Premiership champion side Saracens, and kicks off at 5pm, Wednesday 25th November. Earlier in the afternoon (2.30pm), Epsom College and Bedford School will face off in the final of the Champions Trophy, an inaugural cup competition involving the leading 32 rugby-playing independent schools in England, which has included the likes of Millfield, Dulwich College and Sedburgh.

There could be an interesting play-off in there, somewhere, in future seasons? 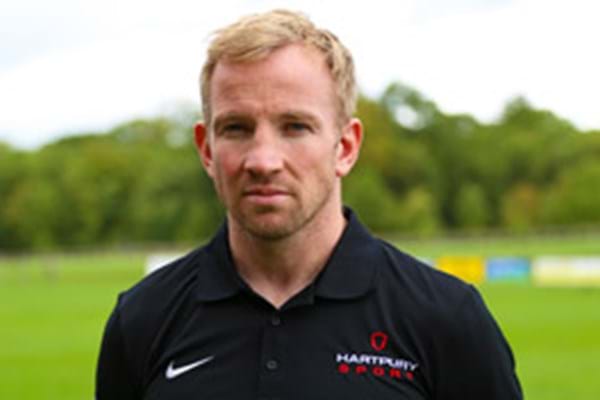