Hartpury student, Charlotte Gibbens, took to the spotlight at the Retraining of Racehorses (RoR) Awards Ceremony, where she was rewarded for her showjumping success with her horse, Bluegrass Hopper.

Charlotte, who is in her first year of an Equestrian Sports Science degree at Hartpury, won the 2015 British Showjumping Retraining of Racehorses (RoR) National Recognition Award at the RoR Awards Ceremony in Newmarket earlier this month.

The awards are hosted by Clare Balding, and recognise the achievements of former racehorses that have gone on to excel in their new careers.

Hopper, Charlotte’s horse, is a 16-year-old bay mare who raced three times as a two-year-old. She was purchased as a 12-year-old by the Gibbens family and she began her showjumping career in 2012, with Lottie and Hopper joining British Showjumping in 2013 to begin affiliated competition.

Charlotte and Hopper took seventh place in the 2014 National Recognition Awards; a springboard to their triumph in the 2015 awards.

Charlotte said: “Hopper has been truly incredible this year and we have accomplished a huge amount. This year’s highlights include qualifying for and competing at the Blue Chip Winter Championships, being selected to jump as part of the Wiltshire team in a National Team Jumping qualifier and qualifying for the Southern Bronze League Semi-Final.”

“I am delighted with everything that we have achieved together, but I am especially proud of Hopper and the horse that she has become. She really does have the biggest heart and I am thrilled that she has been given the recognition that she deserves.” 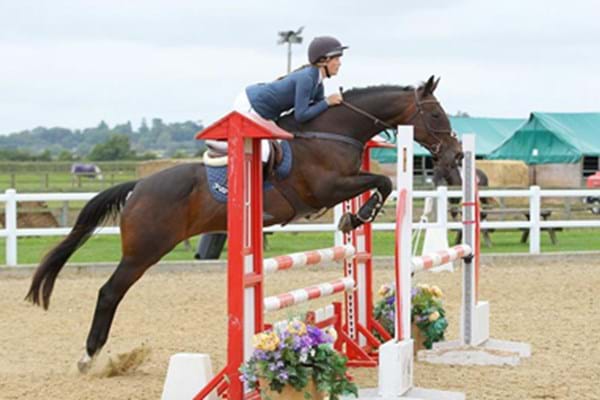