Hartpury’s university rugby first team were the pick of the sporting action this week after thrashing Cardiff University firsts under the lights on Wednesday night.

The side conceded only one try as they piled up the points to produce a 75-7 win over their Welsh opponents, consolidating their second place position in the BUCS Premier South A League.

In other rugby results, the BUCS second XV failed to get on the scoreboard as they lost 14-0 to Cardiff Met seconds in the BUCS Premier South B League, while the BUCS thirds also faced Welsh opposition in Swansea seconds and came away with a 20-7 victory in the BUCS Western 1A League.

The Under-18s fourth team were the only college side to play and they produced a strong defensive display to beat Hereford Sixth Form firsts 34-0 in the AoC West Midlands League.

In the football, the university first XI leapfrogged Chichester firsts into first place in the BUCS Premier South League after a Joe Benn goal was enough to separate the two sides on Wednesday, while the Under-19s first team continued their strong form with a 4-0 win away at Bath College firsts in the ECFA Premier League.

The BUCS second team shared the spoils in a 1-1 draw with Cardiff firsts in the BUCS Western 1A League and the Under-19s seconds safely made it through to the next round of the ECFA National Premier Cup with a 3-0 win against Weston College. The BUCS third XI lost out by a single goal in a 3-2 scoreline to Swansea seconds in the BUS Western 2B League, while the BUCS fourths lost to Southampton Medics third team 6-0 in the BUCS Western 4A League.

Hartpury’s A golf team finished top of the gross division in the second round of the Intercollegiate Tour, as they also secured second place in the nett division. The B team finished third in both divisions as Alex Chalk shot a four over par score of 74 to finish third in the individual leaderboard.

Hartpury’s netballers were also in action as the junior first team lost 39-31 to Truro College in a friendly, while the junior seconds progressed in the AoC Cup with a 62-29 win over Cirencester College. 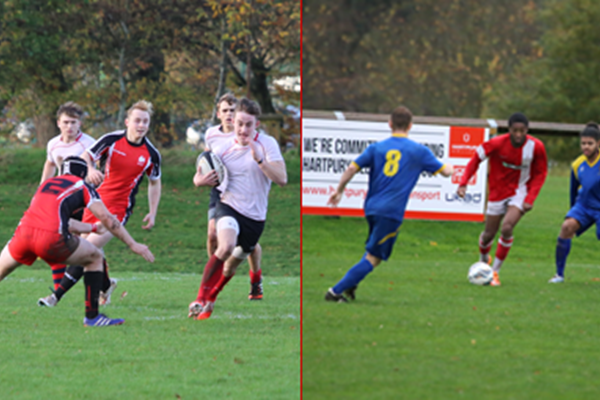