A Hartpury student is getting ready to take her talents across the Atlantic and shine on the world stage as she competes in a niche equestrian discipline.

Lauren Boyce, a BTEC Level Three Extended Diploma in Horse Management (Equitation) student, has been chosen to represent Wales in the Mounted Games Under-17s World Team Championships, which will be held in Florida next week.

Mounted games is a branch of equestrian sport in which a variety of fast-paced games are played; each game testing a rider’s skill, athletic ability and hand-eye coordination as they look to secure as many points as possible in each event.

Lauren said: “Mounted Games is an extremely thrilling and exciting equestrian sport and I am very lucky to be travelling all over Europe and now the World to compete in it. This year has been amazing so far as I have represented Wales in the European Championships in France, where we were Reserve European Champions.

“Now I have been chosen to ride for my country in the World Team Championship and I am really looking forward to it.”

The Hartpury student started competing in mounted games competitions at just eight years old and has racked up a host of achievements, many with her pony of six years, Choci.

After starting out riding for Neath Pony Club juniors squad, Lauren then moved up to senior level where she has competed at the Royal Welsh, Royal Windsor Horse Show and European and international events.

Lauren now coaches the Neath squad that she was once a part of and hopes her team will be able to qualify and compete at the Prince Philip Cup at the Horse of the Year Show.

Lauren added: “It has been great being at Hartpury and it has helped me in so many ways. Hopefully I can use my experiences competing and from my time at the college to continue performing to a high standard, while also being able to support the team I coach to progress in various competitions.” 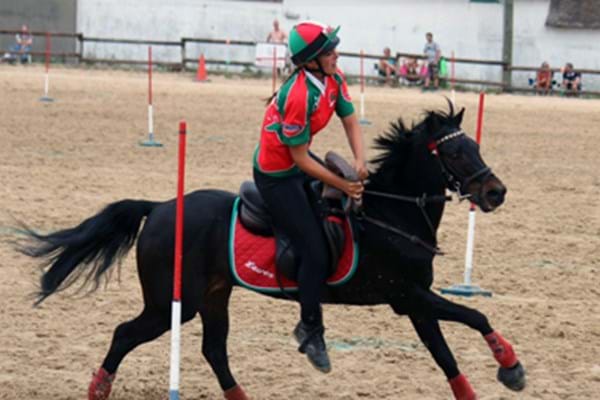