A Hartpury scientist’s groundbreaking study with NASA has caught the attention of the Discovery Channel and will feature in a series which aims to unravel baffling phenomena.

Dr Rachel Grant, a Visiting Associate Principal Lecturer at Hartpury, has been filming with the Discovery Channel as part of the ‘NASA Unexplained Files’ series. Rachel worked alongside a colleague from NASA for the programme to try to explore why animals change behaviour or disappear before earthquakes.

Rachel has produced a number of studies on animals’ reaction to seismic activity; the first after being in close proximity to an earthquake in 2009 near the city of L’Aquila, Italy, while a more recent study documents changes in animal activity before a large earthquake in Peru

“I was working in Italy studying breeding behaviour of common toads when one day I went to conduct my research as usual and, to my surprise, there were no toads at all,” Rachel said.

“This continued for a few days and then five days after the disappearance of the toads, there was a magnitude 6.3 earthquake at L’Aquila, approximately 50 miles from the site of my research.”

After the earthquake, the toads returned to the area and Rachel decided to delve deeper into this phenonemon. She began to look for reasons for their disappearance as she suspected the toads may have sensed something connected with the impending earthquake which caused them to disappear.

She went on to publish her research findings from her time in Italy, which resulted in Prof. Friedemann Freund, a NASA scientist, contacting her about the research he had been conducting on the behaviour of rocks under stress.

Before an earthquake, stressed rock releases charged particles which are involved in chemical reactions at the ground surface, forming substances likely to irritate animals. He felt that these changes to the natural environment occuring before earthquakes could potentially cause changes in animal behaviours.

By using motion triggered wildlife cameras in a national park in Peru, Rachel was able to demonstrate in her most recent study that the disappearance of toads prior to seismic activity was not an isolated phenomenon, as animals in the national park became scarce as a large earthquake approached. In both studies, Rachel has worked with colleagues around the world to document disturbances in the paths of radio waves passing near the epicenter, adding further weight to the stress-activated charges hypothesis.

These findings have already seen Rachel appear on various TV and radio shows, including The Discovery Channel, BBC News and ‘Earthquake Snake’ on German TV. The episode of NASA Unexplained Files in which Rachel appears will be broadcast in the UK in the summer of 2016.

Rachel will now be giving a presentation on her research at Hartpury’s Animal and Land Sciences Research Seminar on Friday, 11th December, 2015, from 2pm to 5pm. 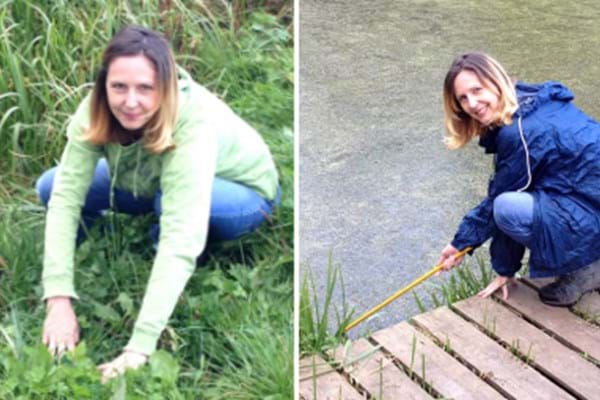