The game will be played for the third year running at the Allianz Arena, home of current Premiership champions Saracens, kicking off at 5pm.

Hartpury has very much been the dominant force in in this competition since its inception in 2012, winning six finals out of six. As satisfying as these wins were, the AASE competition has more importantly provided the springboard for a host of young players who have gone on to play at a higher level. Not only do we still see the benefits at Hartpury today, in the form of those former AASE lads playing in our National One team (George Boulton, Will Tanner and Kai Little being good recent examples) but also in those players who now play the game professionally.

Billy Burns, Ross Moriarty, Elliott Stooke, Callum Braley, Steph Reynolds, Lewis Ludlow, Joe Batley, Nicky Thomas and Mat Protheroe are all now at Gloucester and played AASE rugby as a key part of their development at Hartpury, as did the likes of Rory Bartle (now London Scottish), Ellis Genge (Bristol Rugby), Jonny Hill (Exeter Chiefs), Josh Buggea (Bedford Blues) and a number of other players in and around the professional game.

In case you had forgotten, here are the finals that have been played so far…

The competition was set up with intention of providing an alternative route into the game at elite level, beyond the traditional independent school pathway. Each of the colleges involved (the composition of the competition has changed occasionally over the years) theoretically represents a leading Aviva Premiership or, in the case of Yorkshire Carnegie and Bristol Rugby, a Championship club.

This year’s competition has changed in structure, with fewer ‘pool’ games being played leading to the final being played in November, rather than the more traditional March.

Bicton College, one of three institutions directly associated with the Exeter Chiefs, will be playing in their first AASE final.

Bicton claimed their place in the final by virtue of a hard-fought win over St Paul’s Catholic College (London Irish) by a 22-18 scoreline. It is the third year in succession that St Paul’s have fallen at the ‘semi-final’ stage. Both Bicton and St Paul’s had previously beaten last year’s runners-up, SGS Filton (Bristol Rugby), in the three-way ‘shoot-out’ for the final.

Bicton’s results this year have been characterised by a series of narrow outcomes, with single-digit margins over St Paul’s (twice), Filton and Truro, and a 12-point win over Ivybridge. They have lost just once, narrowly, in their opening fixture, also against Filton.

Hartpury and Bicton have not met in the recent past (apart from a ‘friendly’ last season) and therefore we have no meaningful competitive record to analyse. However, Hartpury are unbeaten since the 2013-14 season and averaged more than 50 points a game during the league phase of this year’s AASE Championship (against an average of around 10 points per game conceded). 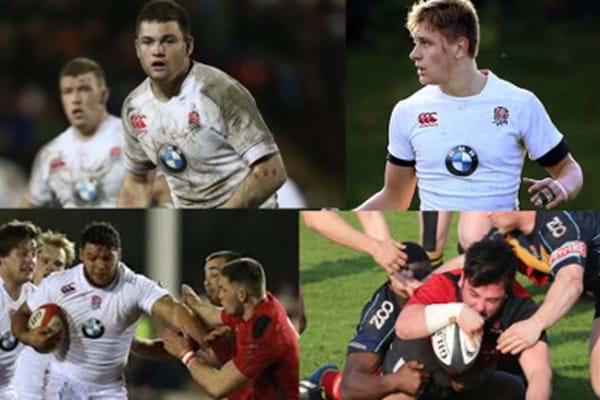