Defeats to the Yorkshiremen, in the opening and closing games of the season, were disappointing ‘bookends’ to an otherwise pleasing first effort in tier three for the College. The first loss, at home, was partially the result of playing 70 minutes with 14 men whereas in the second, in which Yorkshire-based referee Jamie Leahy played a leading role, Hartpury were just poor.

Wharfedale, who have played at this level for almost as long as some of the Hartpury players have been alive, are a unique away trip in National One, nestled as they are in a quaint village with the spectacular backdrop of the Yorkshire Dales. With a partisan crowd behind the home team, the Red & Blacks can expect a warm welcome on the pitch, as well as in the clubhouse.

Home comforts have been few and far between for ‘Dale in the current campaign. Just one win has been recorded at The Avenue so far, with the most recent fixture resulting in a 12-29 defeat to the Ampthill side so comprehensively beaten by league-leaders Hartpury last week. Tomorrow’s hosts currently sit in the bottom three with two wins all told and just one point above fellow-strugglers Cinderford and Blaydon.

Current form, therefore, would point to a Hartpury win but, as last season demonstrated, any dip in performance ‘up north’ could see them coming unstuck. An interesting afternoon awaits…

In other fixtures, Esher will be hoping to maintain their challenge despite a long trip to Blaydon, whilst Ampthill’s bright start will face a further test as they host second-placed Richmond. Cinderford will be looking for their second successive home victory, although visitors Coventry will be equally keen to prove that last week’s big win was a turning point after a grim run of results.

Blackheath might expect to have too much for visiting Plymouth, as may Rosslyn Park who host Loughborough. Henley will be keen to arrest their recent slide when they host a Fylde team that has generally not travelled well this season. 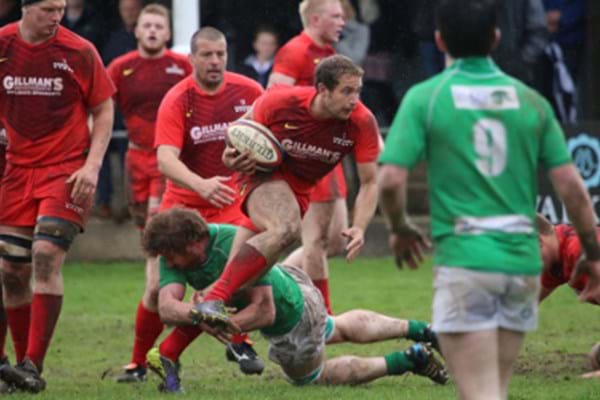