Hartpury and Loughborough have met plenty of times in BUCS rugby, but the 2014-15 season was the first time that the two had come together in the English league pyramid. Both teams won their respective home fixtures last season, although the games were quite different in nature.

Loughborough enjoyed a comfortable evening when the two teams met in the Midlands 12 months ago, Hartpury’s dismal performance only brightened by a late 10-minute cameo from debutant Mat Protheroe, who announced himself with a length-of-the-field try.

The return fixture, at the College in March, was an altogether tighter affair with two second-half Ben Vellacott scores just about seeing the Red & Blacks home, 21-20, in a game in which both sides scored three tries.

Loughborough will travel with a great deal of confidence this weekend after securing, arguably, the result of Round 11 by beating Rosslyn Park on their new rubber crumb by the impressive margin of 10-32. Reports suggest that Loughborough were well worth the points (including a 4-try bonus point) from a performance that seems at odds with their early season form.

Prior to last weekend, the Students had won just three from 10, although it should be stressed that defeats to Ampthill (away), Blackheath (home), Henley (home) and Fylde (away) were all by narrow, single-digit margins.

Top-of-the-league Hartpury, of course, are in pretty good nick themselves at present and, with big wins against Ampthill and Wharfedale, appear to have shrugged off the narrow loss at Blackheath. With Gloucester back in Aviva Premiership action this weekend, the coaches should have a reasonably strong group to select from, assuming that no new injuries have arisen during the week.

Hartpury follow the Loughborough match with two tricky–looking away fixtures (Rosslyn Park and Richmond) in successive weeks, so all the focus will be on getting a positive outcome at the College this Saturday. The ‘all-university’ angle always adds an extra dimension to this fixture, so everything is set up for a cracker...

In other matches, there should be plenty of blood and thunder at Blaydon where the home side will be keen to repeat the treatment that they dished out to Esher last weekend, whilst Rosslyn Park will feel that another reverse might see them potentially drifting out of the leading pack. Richmond would expect to keep their good form intact, at home to Wharfedale.

Paul Morris will have the job of steering Cinderford through a testing visit to Esher, as the club consider permanent replacements for the now-departed Nic Corrigan. Blackheath, currently 3rd, can expect to be challenged hard by a Hull Ionians outfit who have won four from six at home so far this season.

Henley would no doubt wish to terminate their recent run of defeats but face a trip to Coventry who are just starting to put some results together after a difficult sequence, while inconsistent Plymouth host an Ampthill team who, again, need a win to stay in touch at the top. Fylde and Mowden Park meet in Lancashire, both looking to build on a run of two successive victories.

Saturday's match versus Loughborough Students kicks off at 2.30pm. The clubhouse will be open from 12.45. Kids and Students get in free (adults £10)! 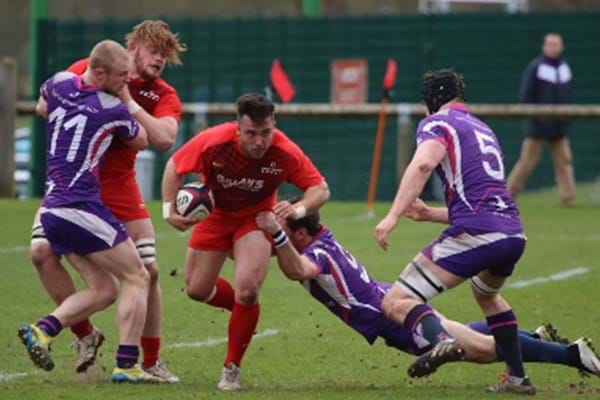