Hartpury’s under-18 football and rugby teams continued their march towards defending their respective national titles with victories in the latest round of sports fixtures.

Man of the match, Harry Daubney, got on the scoresheet as Hartpury’s junior football team saw off Brooke House College 2-0 in the ESFA Under-18 National Trophy, the other goal coming courtesy of a Brooke House own goal.

Our six-time AASE rugby champions, meanwhile, continued their impressive unbeaten run in the competition further as they kicked on in the second half to see off a spirited challenge from Myerscough. 19-10 ahead at the break, Hartpury responded by running in four tries in the second half to runaway 45-15 winners and march onto the semi-finals.

The BUCS 1st XV made sure they bounced back from last week’s defeat to Exeter and ensured that kept in touch with the runaway league leaders in the Premier A South as they ran in 11 tries against a University of South Wales side who are languishing at the foot of the table.

In the golf, Hartpury claimed top spot at the most recent round of the British Schools and Colleges Tour, finishing first in the gross division on a total of 307, three shot ahead of second placed Birmingham Met. A team player George Bryant scored 76 to finish third in the individual standings.

With the B team finishing in fourth in the gross table, Hartpury’s A team also picked up a second place finish in the nett event.

Having seen the BUCS rugby team pick up a convincing win, nearly all of the rest of Hartpury’s university sides followed suit to complete a successful day of fixtures. The 2nd and 3rd rugby teams won 39-30 and 38-0 respectively against UWE’s 1st team and Cardiff Met’s 3rd team.

Hartpury’s BUCS 2nd football team were on the right side of a 3-2 to haul themselves up to second in Western 1A while the BUCS 3rd team put five past Cardiff Met 3rd team in an eight goal thriller in the BUCS Western Conference Cup.

The 4th team were unfortunately unable to match the heroics of teams above them and were well beaten by a strong University of South Wales 2nd team, 5-0.

Hartpury’s under-19 4th team and under-19 girl’s 1st team rounded of a successful day for the football sides by winning 1-0 and 7-0 respectively against Herefordshire and Ludlow 1st team and Worcester VI Form 1st team.

Earlier in the week, Hartpury’s junior netball team won a friendly against the Regional Academy 36-22 and Gloucester-Hartpury’s women’s rugby team kept chase in the Championships Midlands 2 league with a 33-7 over Deeping Devils at the weekend. 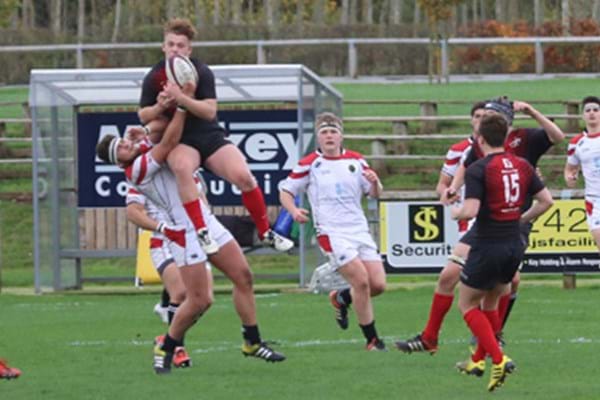