16 year old Katinka Brogaard an elite show jumping scholar at Hartpury College has been turning heads ahead of the college’s Showjumping Spectacular after a number of successful recent performances.

Katinka will find herself up against a number of a professional riders as she takes part in the senior tour and has set herself up well with a strong showing recently at Hartpury over the weekend.

The first year A-level student impressed in the foxhunter 1.20m event going double clear with her 6 year old, Entertainer VI. An unlucky pole down with her other horse Carlo II, cost her the chance of a podium in the same class before the young scholar responded with a third place finish in the 1.30m competition with her final horse Belfast.

The 16 year old from Salisbury in Wiltshire moved from ponies two years ago where she previously competed at 1.25m. The young rider has since expressed her preference of competing with horses and having competed up to 1.40m, she will showcase her talent at the college’s upcoming December event, the Showjumping Spectacular.

Katinka’s coach at Hartpury, Equine Academy Director, Lizzel Winter, said: “The upcoming Showjumping Spectacular is a prestigious jumping event and for someone so young and still in full time education to be competing is something quite special. It will be great experience for her to compete against some top professional riders.”

Katinka added ahead of the competition “I just hope they can keep jumping like they have been recently”. 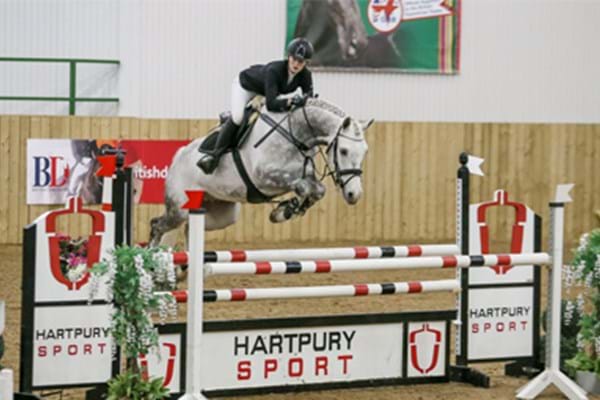