Although a number of Hartpury students were unable to compete due to illness and injury, Jack continued the impressive form shown by the college’s academy this season by securing another podium position among a strong field.

In his first competition of the season, the BTEC Diploma Sport and Exercise Science student finished third in a fast-paced 200 metre swim before holding off a sprint finish from his nearest rival in the 1600 metre run to secure the bronze medal.

“This is a great result for Jack in what was only his first competition of the season and against a very strong field,” said Mat Dewey, Hartpury’s Head of Modern Pentathlon.

“We were due to have six students competing but due to illness and injury and national selection trials just around the corner, only Jack could compete and it’s great to see him keep up the high standard we’ve set already this season.”

Next up for the modern pentathletes is a Great Britain National Selection competition on December 19th. 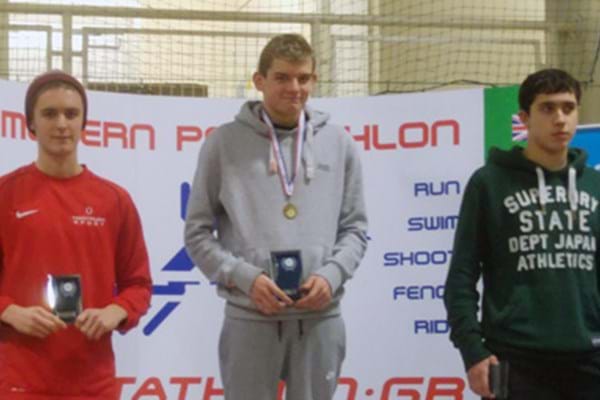