Two former Hartpury students are knocking on the door of the England Senior team after being selected as part of the national High Performance Programme.

Sam Cook, 23, and Paige Reed, 18, have both been selected as part of a squad containing the country’s top 46 players, including those who have been picked as part of the upcoming England Senior squad test against Australia in the first series since the World Cup.

Reed, from Brockworth, has been rapidly climbing the international ladder having previously represented England Under-17s before being picked for the second year in succession by the Under-19 National Academy earlier in the year, all before her 19th birthday.

The Level 3 BTEC Extended Diploma in Sport and Exercise Sciences graduate is also celebrating after being picked to lead Team Bath’s Netball Performance League side in their upcoming season.

Cook, while continuing as part of Team Bath’s Netball Superleague side, will play alongside Reed at Under-21 level having previously gained full international experience in test series against Wales and Australia in the last two years. Both players will begin training immediately with a handful of the other 44 players at the one of the UK’s three intensive netball training centres in Bath – the others are in Brunel and Manchester.

Sarah Pretty, the college’s Netball Academy Manager, said: “It’s great to see that all the years of hard work and commitment to training and determination to reach the highest levels are paying off. Both Sam and Paige have great natural talent but they have had to work incredibly hard to get to where they are and it’s great to see them being given chances and responsibility at the top level. We’ll continue to keep an eye on them and wish them both the best for the future.”

Across the border former Celtic Dragons and Welsh international Sarah Llewleyn is continuing her development with the Under-21s with a view to returning to the Superleague fold next season.

Meanwhile, two current Hartpury students are also making a name for themselves on the national stage having been picked to represent the Association of College’s national squad.

A-level student Heather Longbotham, 18, from Cheltenham and BTEC Coaching student Brooke Vivian, 16, were selected following a two day trial involving the country’s 60 best players. The pair, who play goal shooter and goal attack, may find themselves up against Paige Reed as the duo’s side face off against NPL sides such as Team Bath and Hertfordshire Mavericks.

Fellow BTEC Coaching student Emma Johnson, 17, will be hoping to join her teammates early next year as she completes her trial during the team’s first training weekend in January. The trio could then all find themselves up against Ireland’s Under-19 side and Wales’ Under-21s.

Sarah Pretty said “It’s great to see another year where our girls are picked to represent a team at national level. All three girls continue to work extremely hard and it would be great to see all of them develop themselves against some strong teams.”

The trio are currently training hard to be at their peak ahead of Hartpury’s involvement in the Regional Schools and National Colleges tournaments next year. 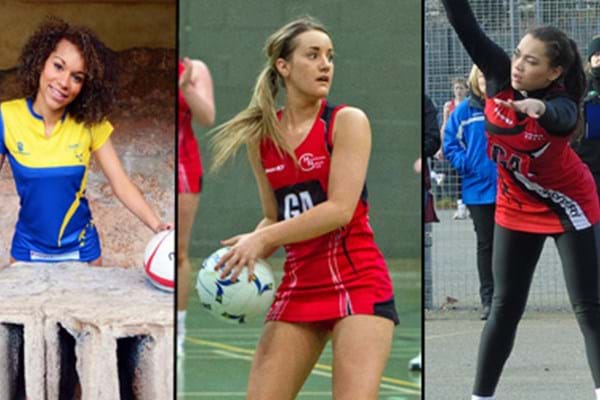