After a tough day at the office last Saturday, it doesn’t get any easier for the College as they head to the Richmond Athletic Ground this weekend, to take on the league leaders.

Richmond, who took over the top spot from Hartpury following our defeat at Rosslyn Park, have been in great form this season. In retrospect, their opening day loss at Plymouth can be considered as something of a surprise result and their only other reversal was away at Esher, nine games ago.

Not only have they been winning, but they have also been scoring for fun, as an average haul of over 33 points per game testifies. Hartpury do have a better points difference due, in part, to a defence which was not its normal reliable self at Roehampton.

Richmond Head Coach, Steve Hill, believes this is the strongest squad he has had in six years at the club. Number 8 Chris Davies made a pretty big impact in the fixture at Hartpury last year, scoring a handful of tries (literally) and he’s at it again with another good haul this season, as is winger Charlie Broughton.

Richmond have an imposing pack, with a very strong front row, and will be well prompted behind by scrum-half Sam Stuart. Rosslyn Park will have been a good preparation for this fixture…

The College will be keen to put the previous round behind them and the challenge of visiting the pumped up league leaders should be an excellent test of character as well as ability.

Having said all this, the College will have happy memories of their most recent visit to Richmond, last January, which produced a 21-26 win. On that day, Hartpury’s set piece had the upper hand against the bigger Richmond pack; four tries in the first hour – including one from Jaike Carter, pictured - did the damage and good late defence saw off a home revival.

Back then it was our fourth triumph in succession, a run that eventually extended to nine straight victories including further impressive wins at Fylde (incidentally, our next trip away, on Jan 2nd), Esher and Coventry.

This match will get top billing in National One this weekend, as befits first vs. second, but there are some interesting games elsewhere. Cinderford will be hoping to build on last week’s win over Blaydon, but might find Rosslyn Park a trickier proposition. Blaydon, in turn, will want to extend their good recent home form when Henley visit and Ionians will be expected to win the all-Yorkshire clash with Wharfedale.

Among the challengers, Esher host improving travellers DMP (who have won their last two away matches), while Blackheath will want something from a visit to mid-table Coventry.

Another side who look destined for the middle, Plymouth, welcome Loughborough and Ampthill visit Fylde. 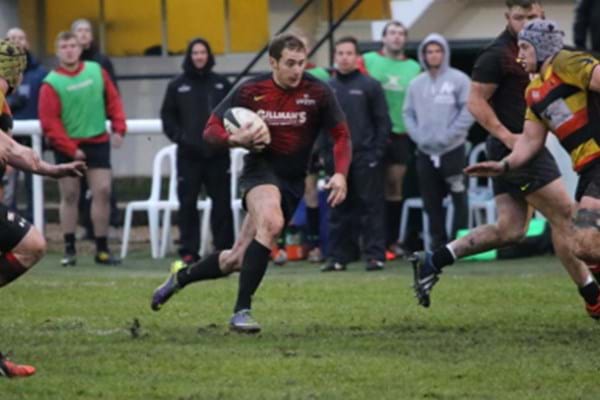