Former Hartpury student Matt Smith has made history with his side Bangkok Glass FC after being named their first ever foreign captain.

Centre-back Smith, who signed for the Thai Premier League side ahead of their 2014-15 season after moving from the Australian A-League, enjoyed a standout season ahead of being named the team’s first overseas captain in their near 40-year history.

Smith, who graduated from Hartpury with a Masters degree in Sports Business Management, won three league titles as well as being named in the PFA team of the year during his time with Brisbane Roar. The defender previously spent time with Palm Beach and Brisbane Strikers before signing with A-League side, Queensland Fury, in 2009.

After joining Brisbane Roar in 2010, Smith – originally from Chichester – went on to make three appearances for Australia’s national side before moving to the Thai side.

During his time with Hartpury he was an influential part of the football programme. Having won the BUSA National Championship, he was also selected to play as part of the Great Britain University side in the World University Games in Bangkok.

Director of elite sport at Hartpury, Tom Radcliffe, said: “Matt always stood out as an exceptional footballing talent at Hartpury and everyone involved with the football programme here keeps a close eye on his progress. It’s fantastic to see him making such great strides in Thailand.

“It’s always a proud moment when one of our graduates stands out in the professional game on the international stage, particularly when they are honoured with the captaincy of their club.” 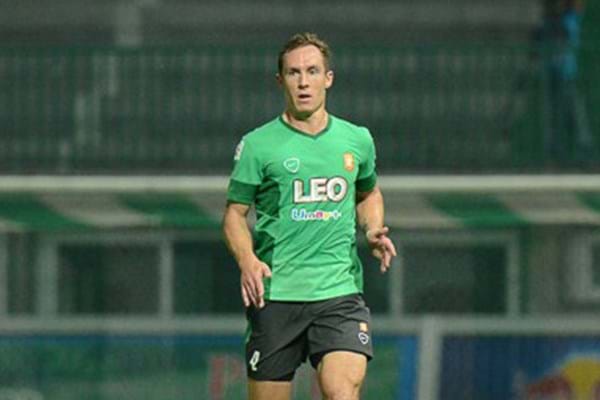