In the final week of sport before the Christmas break, our Hartpury teams provided some festive cheer with the Girls AASE Rugby team’s win over Filton College the highlight.

The team were the pick of the sporting scoring eight tries, leading to a victorious 48 – 5 win. Two tries were produced by Annouska Gregovich, who also stood out for her great pace and footwork on the wing. Fly-half Zoe Harrison added eight points with the boot to add to her opening try.In other rugby news, there was a win for the University BUCS third team. They took an outstanding 15 – 10 win over Plymouth first team, in an away game in the BUCS Western 1A League.

In football, there were two strong performances from Hartpury College teams. The Under-19s first team took on the Bath College’s first team at home in the ECFA Premier League. They secured a fantastic 3 – 0 win with Abdul Ganiyu scoring twice and George Lamb grabbing the other on his way to a Man of the Match performance. 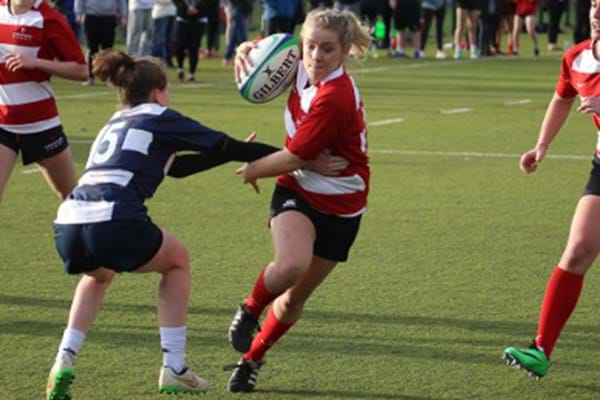