A Hartpury graduate is hoping her groundbreaking rhino research can help improve the health and wellbeing of rhinos in captivity.

Aleks Lipinska, who is now an animal collection instructor at Hartpury, carried out her study around the management and husbandry of captive rhinoceros while completing an Animal Behaviour and Welfare degree at the college last year.

She said: “The current literature and research on captive rhinos tends to focus on their wild behaviours. I decided to look more closely at their captive activity and the conditions they are kept in to see how those factors relates to their overall health.”

As well as assessing the management of the rhino – from the features of the enclosures to their feeding habits - she used Body Condition Scoring (Van Den Houten (2011) method) to assess their health.

“The results also demonstrated that while the rhino being monitored covered an equivalent amount of ground in the two enclosures, regardless of enclosure size, there were differences in their behaviour between the two enclosures. In the alternative, smaller enclosure, the rhinos were more active. They did not lie down and they started to rub their horns, something they did not do in the main enclosure.

“I’d now like to see further research carried out that focuses on the most effective husbandry practice that could be standardised across the industry to improve the welfare of the animals in captivity.”

Aleks’ presented her research at the Universities Federation for Animal Welfare (UFAW) Conference 2015 and has also shared it with the keepers at West Midlands Safari Park so that they can continue to adopt best practice for the management of their rhino. 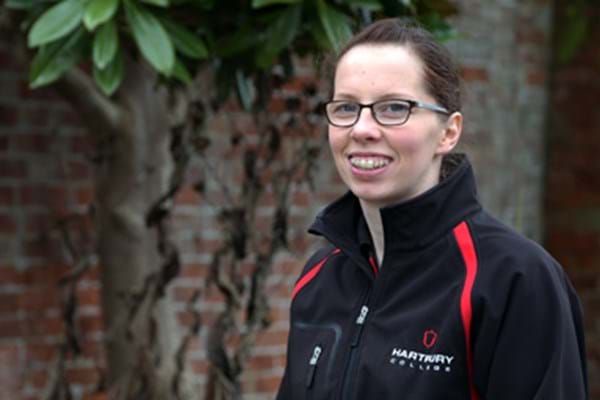