From serving a tour in Afghanistan to stepping into the ring as a professional boxer, it’s fair to say that Lewis Van Poetsch is not afraid of a fight.

Now the 25-year-old from Lydney is navigating a completely different battlefield as he aims to become a schoolteacher, with the help of Hartpury.

Lewis originally joined the army straight from school at the age of 16 and, although he then left two years later, he returned to the Two Rifles Battalion in 2011, where he spent seven months in Afghanistan in Helmand Province.

On his return to the UK in 2012, he swapped his rounds of ammunition for rounds inside the ring as he turned professional in boxing.

And now he finds himself at Hartpury, currently undertaking the first year of a Physical Education and School Sport Degree.

“I joined the Army straight after finishing my GCSEs and finished top of my platoon in basic training but I left for a while as I wanted to secure another job,” Lewis said.

“However, I came back and was sent to Afghanistan in October 2011, where I was posted in the Nahri Saraj District of Helmand. It was an eye-opening experience as I was a frontline soldier, with my duties including patrolling and clearing out any insurgent activity within the area.”

Returning home to the Forest of Dean from his duties, he dusted off the gloves in hope of securing a professional contract.

He said: “I started boxing at the age of 14 after going to watch a local fight and I loved the atmosphere and the thrill of the sport so I went to the local boxing gym and found that I was pretty good.

“I had over 35 amateur fights but the boxing took a bit of a backseat when I joined the Army, so I trained when I could. When I got back from Afghanistan, I went to watch a professional bout and I thought that I could perform at that level so I began sparring and was fortunate enough to be offered a professional deal by a local promoter.”

After being released from his military duties, Lewis was able to focus fully on his burgeoning sporting career, culminating in three wins out of his first four contests.

“I started out as an up and coming prospect but I realised that I wasn’t going to be a world beater and that I got through some of my fights on sheer heart and determination, so I became more of a journeyman boxer,” he added.

“They are the backbone of the sport and I know that I am one of the toughest working journeymen out there.”

Lewis, known as ‘Poochi’ within the boxing world and to his friends, has provided a stern test to many fighters across the country over the last few years, which has included being on a Sky Sports undercard to a recent gruelling encounter with another Gloucestershire fighter, Adam Harper, in November.

But a chance meeting at his former secondary school provided Lewis with the opportunity to work towards his next challenge.

“I enjoyed my time in the Army and it did a lot of good for me but in the back of my head, even at school, I always wanted to look into being a teacher one day,” the former soldier said.

“A couple of years ago, I went back to my old school to visit my PE teachers and I began volunteering and gaining experience of teaching for a couple of days a week, which I quickly found was exactly what I wanted to be doing.

“I continued volunteering at the school and went about obtaining the grades I needed to get into university, so I re-took some of my GCSEs and then completed a teaching diploma last summer.

“Hartpury was the one place I wanted to come and study at because I’ve had friends who have gone there and recommended it. Thankfully, they offered me a place on the PE and School Sport course.

“I’m really enjoying the course as I’ve been able to get hands-on experience of teaching right from the outset. I’m completing a placement at my old school and learning about a variety of teaching methods that I can then take into the classroom to improve my skills.”

His studies have not prevented him from continuing his boxing career, although he admits it can be difficult achieving the right balance between the two.

He added: “It’s a difficult combination as I need to train at least two times a day to keep weight for upcoming fights but I also need to attend lectures and find time to keep on top of my workload. It’s difficult but I’m getting support from Hartpury and I also know that this hard work will eventually pay off and help me achieve my dream of becoming a teacher.”

Lewis’ path may be different to many other aspiring teachers but his experiences have taught him many values which he is now looking forward to imparting to the young people he teaches in the future.

“Being in the Army and then moving into boxing has made me value things like discipline, honesty and respect and has helped shape me into the person I am now,” he said.

“I maybe wasn’t the best behaved pupil at school but everything I’ve done has taught me so much, including how important it is to enjoy what you do.” 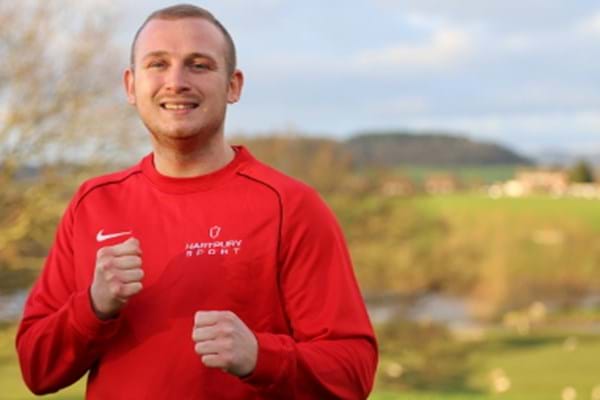