Hartpury’s Under-18s women’s rugby team put their speed and handling to the test as they showcased their sevens skills looking ahead to an away fixture with Worcester Under-18s early next month.

LJ Adams’ side, fresh from a 48-5 victory over Filton College, played four games as they racked up 129 points and conceded none against Devon’s Bicton College, with the full squad rotating to give each player some game time.

Hartpury were runaway winners in each of the four games as no less than eight players got their names on the scoresheet. The first game finished 43-0 to the visitors before three further matches, which ended 20-0, 40-0 and 26-0 in Hartpury’s favour.

Head Coach, LJ Adams, said: “This was a great opportunity for us to work on the skills side of the game. Sevens is played at a much faster pace and it puts emphasis on ball in hand skills and exposing space.

“It was great to give the whole squad a good run-out and now we’ll turn our attention to a game at Worcester in a couple of weeks’ time.” 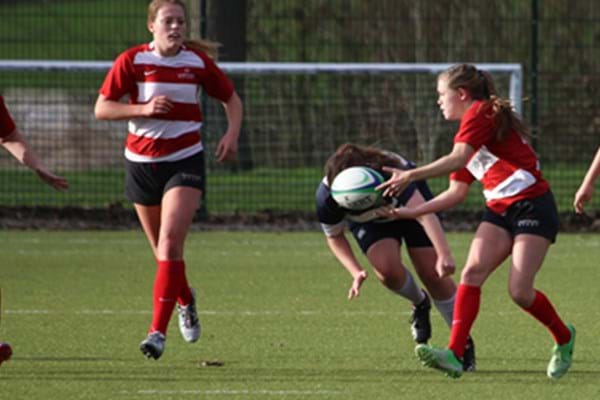