Having supported Scotland’s Rugby World Cup 2015 preparations as they marched their way to the quarter-finals, Hartpury again played host to another force in international rugby recently.

Hartpury was chosen as a location for Argentina Rugby’s Head of Strength and Conditioning as he delivered an industry-leading workshop.

Kier Wenham-Flatt passed on some of the tips and tricks that helped him and his team power their way to the semi-finals of this year’s Rugby World Cup to a group of leading Strength and Conditioning coaches and Hartpury students.

Students on the BSc Strength and Conditioning degree were given the opportunity to get hands on during the workshop, while Kier also took them through some of the theory around his own work and the preparations that the Argentinian team undertook prior to and during the World Cup.

Kier said: “If I had my time as a student again, I would probably pick Hartpury as the place to study and become a Strength and Conditioning coach. The University has some truly excellent facilities- better than most Premiership clubs I have been to, and certainly better than anything we have in Argentina.

“Not only this, but Ben and his staff do a great job of educating students on the professional, networking and applied aspects of becoming a coach, not just the academic. It was a pleasure to see this up close and interact with Ben and his students during the weekend.”

This is the second time this year that Hartpury has been chosen as a venue to host an international workshop after world-renowned American Strength and Conditioning coach, Dr Mike Young, held a speed and power workshop back in May. 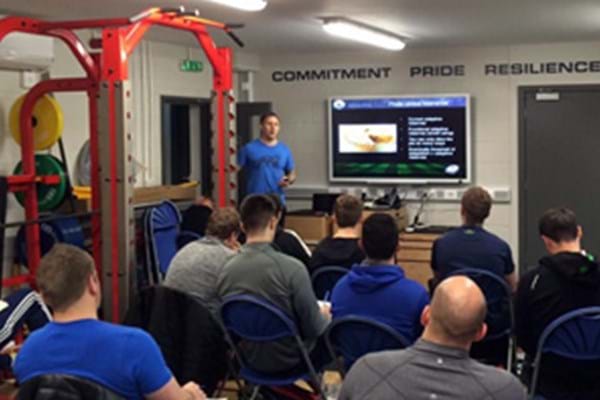