Hartpury’s Harry Sykes showed no signs of a New Year dip as he powered his way to a second place finish at the first Great Britain ranking competition of 2016.

Sykes’ all-round performance saw him finish highest out of six other Hartpury students as the college had five competitors gaining top 10 finishes in the boys’ and girls’ events, cementing their credentials for eventual Great Britain selection.

The A-level student was joined in the boys’ top 10 by Bradley Sutton, Jack Ayling and Josh Miller – who finished fourth, six and eighth respectively – while Paris Allen returned from injury to finish sixth in the girls event.

Sutton, Sykes and Ayling all found themselves in the top 10 after the event’s opening swim before the Hartpury team claimed four of the top six positions in the fencing to put them in a strong position heading into the combined event.

Allen, a BTEC Diploma Sport and Exercise Sciences student, returned to action with a first place finish in the swim before dropping only three hits out of a possible 23 in her fencing to maintain top spot. The 17-year-old eventually finished sixth after a lack of training told heading into the run.

Lucas Epple and Sophie Pedlar finished 18th and 22nd in their respective boys’ and girls’ events to complete a good event for Hartpury’s pentathletes.

Hartpury’s Head of Modern Pentathlon, Mat Dewey, said: “This was a great way for us to kick off the New Year with a lot of strong individual performances despite limited training over Christmas. Everyone gave it their all and produced some strong results.

“Now we’ll turn our attention to building on these good performances and look to improve them at the second selection competition early in February.” 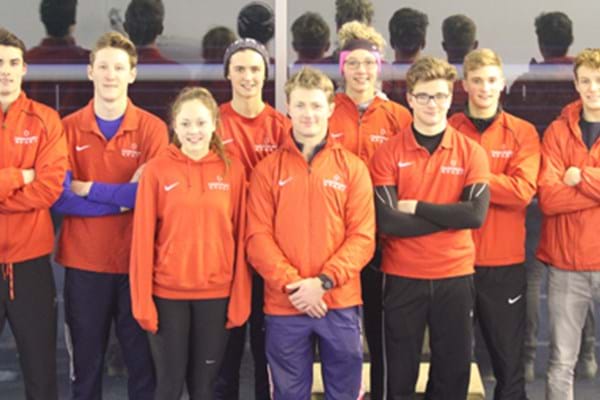